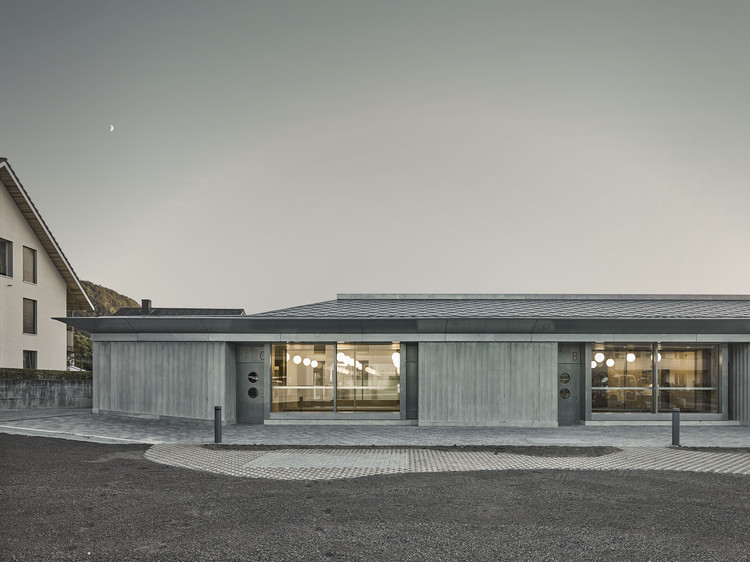 Text description provided by the architects. The challenge of the competition leading to the project was to design a building that could compactly combine a kindergarten on the ground floor with a public underground car park. This unusual task led to a hybrid building meeting the different requirements of both programs with an unconventional building structure: The floor plan of the kindergarten on the ground floor is based on the minimum width of 18 meters required for an efficient layout of the underground car park.

In order to minimize the loads on the ceiling slab of the parking structure, the kindergarten roof above the ground floor was designed as a free-spanning structure. Prestressed concrete beams in conjunction with an extensive concrete slab following the shape of the exterior hip roof distribute the majority of all vertical loads to the exterior facades. At the same time, the concise roof structure creates atmospheric, tentlike spaces on the inside, which are flooded with daylight via generous linear skylights.

The concrete beams in combination with the wooden, non-load-bearing, built-in structures divide the interior into three kindergarten compartments, which are connected via large sliding doors. Circular openings in the concrete beams allow for visual connections between the main spaces and the cozy, skylit mezzanine hide-outs between the beams.

The analogy of the "tent house", which emerged during the competition phase and manifested in the design of the interior spaces, also shaped the design of the external appearance of the building: By cladding the formwork panels with wavy elastomer matrices during construction, the outer surface of the exposed concrete façade inherited a delicate, curtain-like relief, deliberately contrasting the monolithic materialization of the building. 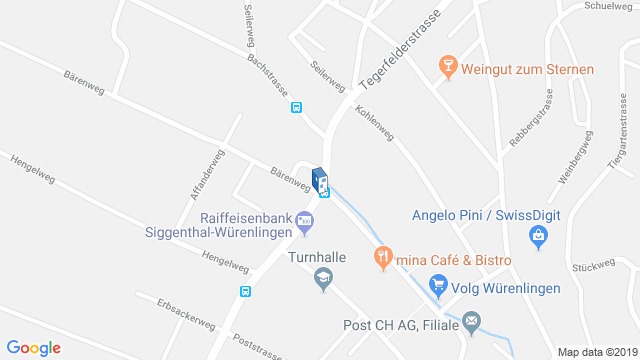 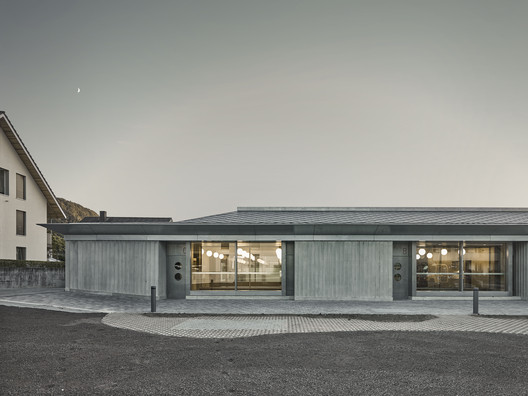