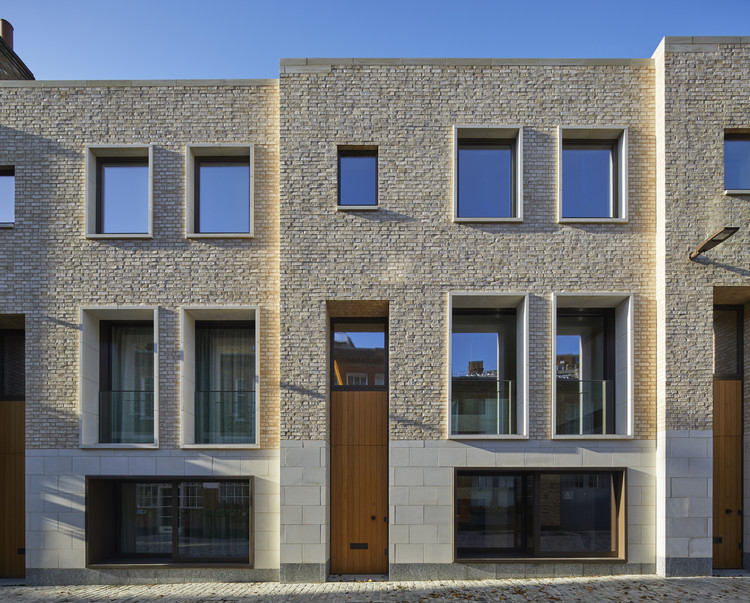 Text description provided by the architects. Marylebone High Street occupies a prime location in central London with Regent’s Park to the north and Mayfair and Oxford Street to the south. An office building which had previously stood on the site was sold for redevelopment after it had been vacated by the former long term occupants, the BBC. The site was the subject of a limited design competition for a new residential and retail scheme which was won by Dixon Jones in 2014.

The 1930’s moderne façade on Marylebone High Street is distinctive in style, albeit in a context where difference, rather than consistency, is the norm. The existing façade retains a strong presence within the street and there appeared to be no motive for its replacement. By contrast the 1960’s six storey extension to the rear was of limited architectural value and dominated Beaumont Mews to the east. Acknowledging this duality, it was proposed to retain the 1930s façade as a frontage to new apartments and replace the over-scaled rear extension with a new row of terraced mews housing. The building form negotiates these two typologies with a stepping section, creating a series of terraces and pergolas.

The west facing apartments enjoy the idiosyncrasies of the existing façade and those to the east benefit from large glazed sliding screens, timber pergolas and terraces.  At ground level, the townhouses facing Beaumont Mews are embedded in the larger apartment building. The rooms are arranged around a central three storey court which draws natural light into the centre of the plan, whilst a retractable roof allows flexibility between internal and external occupation. The street frontage features a retail unit at street level alongside the reception for the residential apartments.

As a result of the stepping section this large apartment building is invisible from the mews and from the high street the new apartments sit modestly behind the original façade. The project is a contextual response to the site which maximises the potential floor area whilst making a positive contribution to the townscape and heritage of the site. The historic façade to the street was restored by referencing the architects’ original drawings. The masonry was cleaned and repaired and the fenestration was renewed with steel framed units to achieve higher thermal performance whilst retaining the original slender glazing profiles. Existing adhoc roof level structures were removed and replaced by a new zinc and glass clad extension set back from the street frontage with the reinstatement of the distinctive symmetrical flag poles.

The elevation to the rear was an opportunity to reestablish a scale of building in the tradition of the London mews. The five townhouses have a regular rhythm, stepping at the party walls horizontally and vertically to accommodate the footprint of the site and change in level.  Modern contemporary details are used within a traditional typology. Lime mortar reduces the extent of expansion joints in the brick facade.

Darling Associates were responsible for the spatial planning and finishes to the residential interiors which includes 3 penthouses, 15 apartments and five contemporary townhouses delivered to a high quality specification. The interiors offer contemporary living with an abundance of daylight and space throughout the development. The townhouses to the rear all feature a bespoke oak front door that opens into an impressive double-height entrance lobby. As you enter the main living space, you are bathed in light from the central atrium, which features a retractable glass roof. Three levels with living rooms and bedrooms face into this central space and a ‘sky bridge’, located on the top floor, links the two separate sides of the townhouse. 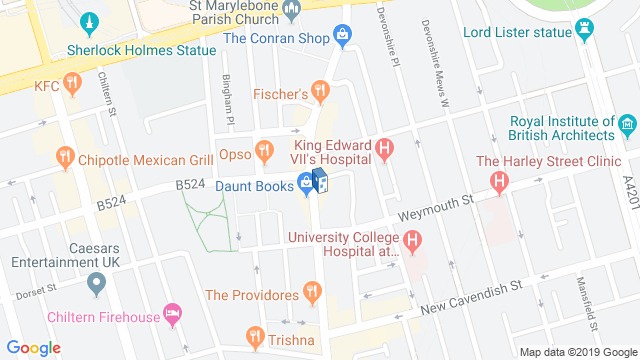 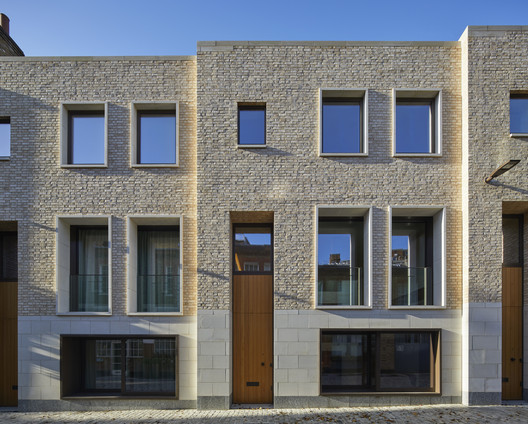