Barcelona’s Deputy Mayor for Ecology, Urbanism and Mobility has announced that La Sagrada Familia has finally been issued with a building permit; 137 years after the building began construction. The license means that the iconic structure, designed by Antoni Gaudí, will be allowed to continue building work until 2026.

Last year, the site agreed to pay $41million to city authorities as a penalty, with the original reason for the site lacking a permit still unclear. The new license will now cover the building for seven years, coinciding with a 2026 completion date on the 100th anniversary of Gaudí’s death.

The saga has continued for more than a century, as an original building permit issued in 1885 by Sant Martí de Provençals was no longer valid when the town was absorbed into the city of Barcelona. Last October, we reported that Church officials had agreed to pay off the debt over a 10 year period in installments. In exchange, they plan for the permit to help improve public transportation in the surrounding areas.

City authorities will be paid $5.2million in fees as part of the final agreement, putting an end to what the Deputy Mayor for Ecology, Urbanism, and Mobility described as “a historical anomaly in our city.” Work will now proceed on the completion of the UNESCO World Heritage Site, with the final phase based on Gaudí’s plaster models following the destruction of his original drawings in the 1930s.

One of the best-known structures of Catalan Modernisme, the Sagrada Família draws over three million visitors annually. Gaudi worked on the project until his death in 1926, in full anticipation he would not live to see it finished. Once completed, La Sagrada Familia will feature eighteen towers presenting a unique view of the temple from any single vantage point. Even as construction continues, older portions are undergoing cleaning and restoration. The temple has relied entirely on private donations since its inception and has seen many delays due to lack of funding. 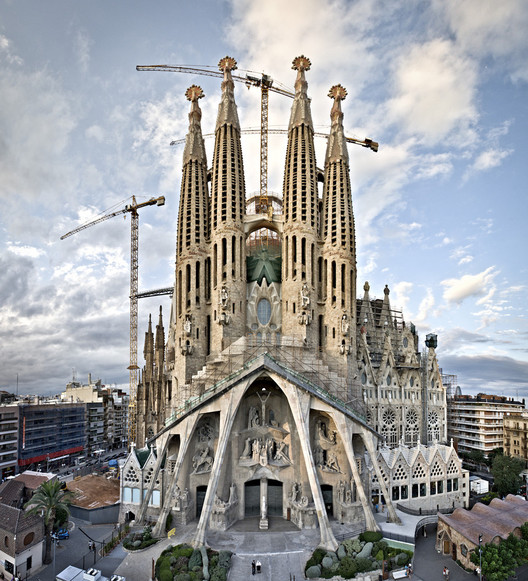