Architect and godfather of Chicago's architectural community, Stanley Tigerman, has passed away. At 88 years old, Tigerman died in his home town of Chicago after a long battle with chronic obstructive pulmonary disease. Former director of the architecture school at the University of Illinois at Chicago, he founded his own practice, Tigerman McCurry, in the early 1960s.

Tigerman's career was defined by provocation; he inserted formal and programmatic play into the tenets of modernism, and in turn, challenged standard of late-20th Century architectural design. Tigerman's Anti-Cruelty Society Building from 1981 in Chicago's River North neighborhood exemplifies this idea, showcasing his anamorphic design and wit. As one of Tigerman's later works, he is also noted for the design of the Illinois Holocaust Museum and Education Center in the Chicago suburb of Skokie.

In 1994 Tigerman founded Archeworks with designer Eva Maddox. The nonprofit design incubator was created to "use the power of design to challenge social, cultural and environmental challenges in Chicago." Tigerman is perhaps best known as an influential voice in Chicago's architecture and urbanism scenes. His legacy for promoting architects and designers across the city continues to shape contemporary design. 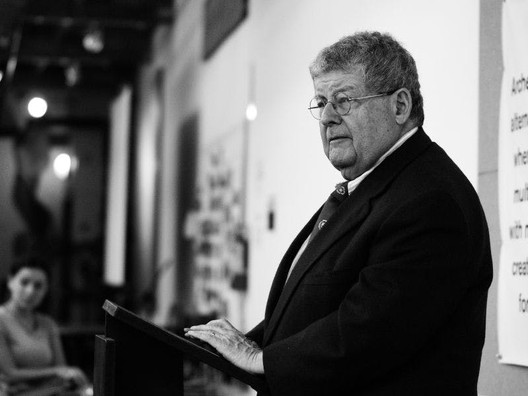