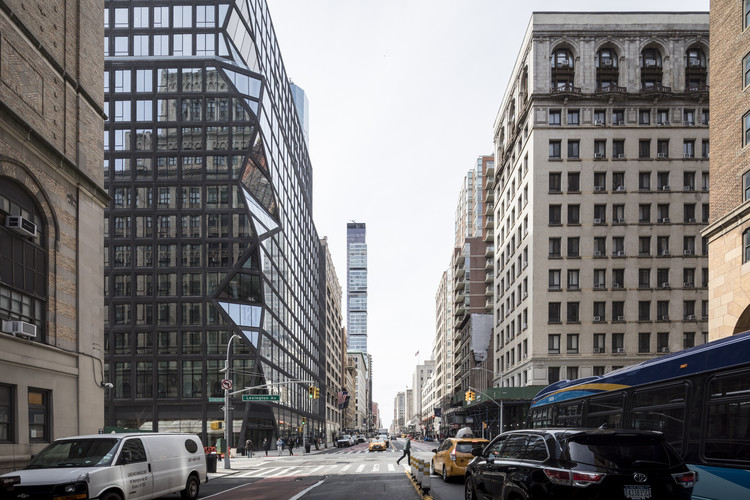 Text description provided by the architects. The design was conceived from its site which straddles two separate and different neighborhoods: a quiet residential area surrounding Gramercy Park, an enclosed and private garden, and the bustling commercial space around Madison Square Park, a public park that hosts an array of activities.

The L-shaped site posed an opportunity to be informed by the two neighborhoods while activating three street fronts. The concept emerges from this dualistic condition, referencing Cubist artwork, in which objects are viewed from a multitude of viewpoints rather than a single one to represent the subject in a greater context. As such, the North Tower conveys the meeting of the two neighborhoods, realized through two interlocking planes that come together at 23rd and Lexington to form a distinct, three-dimensional corner.

This articulation evokes a collage assembled from various reflections of its surroundings. Vertically, the corner planes bend in and out, creating unique views from the interiors up to the sky and down to the streets. On the street level, the corner is carved inwards, to widen the sidewalk and establish a clear entry point to the ground floor retail. From the expressive corner, the building’s two facades become more contextual as it nears its neighboring pre-war buildings. Its precast panels become bolder as the façade transitions away from the corner, seamlessly establishing a visible gradient from new to historic. The black concrete highlights the windows to accentuate the graduation.

The three-dimensional articulation continues on the 13-story South Tower, which features an undulating grid of punched windows overlooking 22nd Street. The tower houses the main residential entry and a funnel-shaped lobby within leads to an enclosed breezeway and central valley that connect the two towers.

The valley is a calm oasis amidst the busyness of 23rd Street and Lexington and is centered around residential amenities and balconies, establishing an inside-outside living within the complex. The interior façade of the two towers facing the courtyard resonate with the three-dimensionality of the exterior façade—a ribbon of volumetric balconies provide a sculptural view up to the sky. Although similar in form, the valley’s materiality of light, perforated aluminum enhances daylight while giving the courtyard its own unique identity. 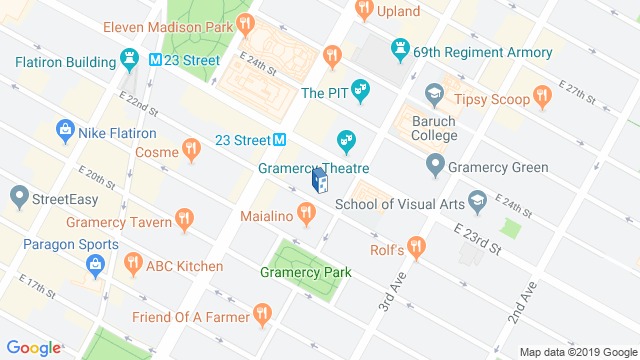 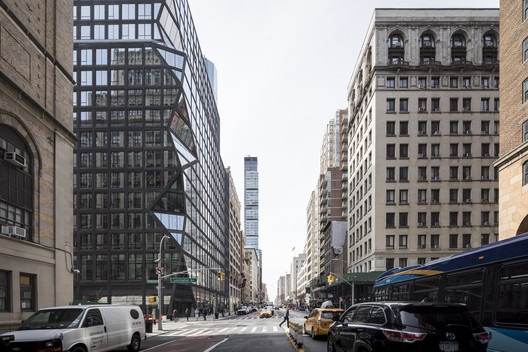