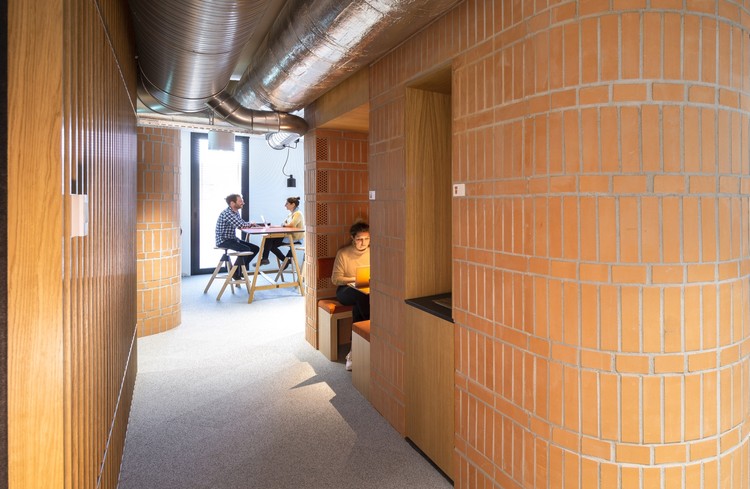 Text description provided by the architects. Working as developers, builders, and managers, Losinger Marazzi is a global actor in the real-estate industry. As part of their “2020 Vision” focused on urban regeneration and smart cities, they challenged Studio Banana to design a new home for their Lausanne regional agency in the Oassis neighbourhood they developed and built in the town of Crissier.

The result is a workspace that communicates their strengths and capabilities, reinforcing company culture internally and helping them to transform from builders into co-creators of built environments. The honesty of construction within the space showcases their capabilities to potential clients and collaborators; while the thoughtful distribution of teams and the strategically designed catalyst spaces break silos and create connections between departments to boost collaborative thinking and interaction.

In order to enhance internal connectivity between teams spread across three floors, and to facilitate ease movement between them, circulation became a major strategic driver in how we arranged the space. We accomplished this with features like the two panoramic staircases perched in the building’s spectacular atrium, which we installed so that employees wouldn’t have to use the building’s shared stairwells and elevators and thus be forced to scan into each floor separately.

Because authenticity is as much about the process as the final product, we at Studio Banana imagined a space where elements of construction were put on display, rather than hidden. Utilising traditional building materials in innovative ways, exposed brick and wood slats were used to create unique fixtures and interiors to communicate an honesty in construction that pushes beyond the conventional and directly connects to Losinger Marazzi's identity and values.  Besides this, as a homage to Losinger Marazzi’s traditional core business of construction, a shipping container was installed in the center of their project space.

Losinger Marazzi’s engineering and construction capacity, paired with Studio Banana’s maverick attitude and ability to push beyond the expected, represents a true partnership. With each side contributing their expertise and extensive experience, the final result is a space that strengthens knowledge sharing within a large, varied company and that reflects its culture and history in every detail. 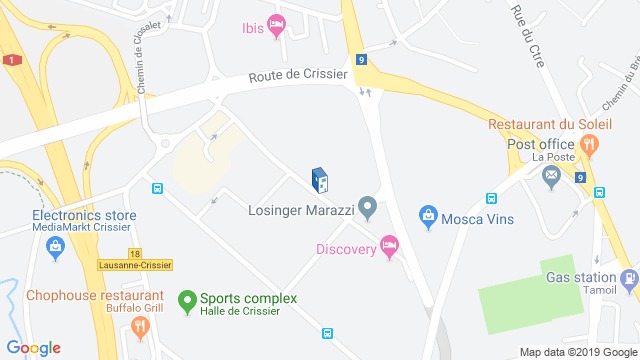 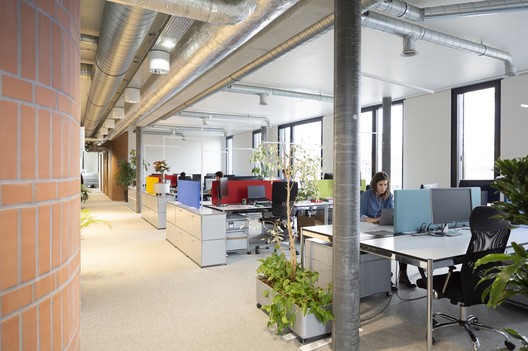