Save
The Élysée Montmartre / Studio Combo 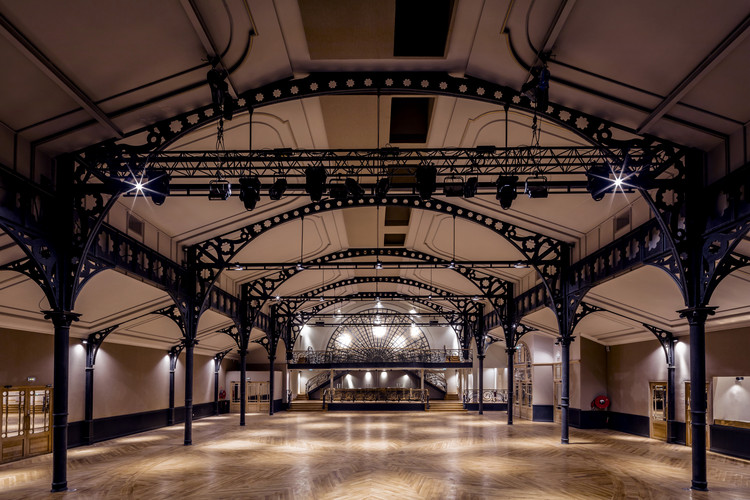 Text description provided by the architects. The ElysÈe Montmartre burned in 2011, the fire being very significant, nothing could be preserved from the existing building, it was necessary to completely demolish the building, except for the classified facades which were preserved. The construction site was complicated since the ElysÈe is located on former quarries, major special foundation work was necessary.

The ElysÈe Montmartre as we knew it was a degraded version, many layers of successive works had denatured its initial coherence. Two important versions stand out in the historical writings, the version by …douard Niermans, a student of Charles Garnier, built in 1897, by reusing the structure of the Pavillon de France built by Gustave Eiffel for the 1889 Uni-purpose Exhibition. And the other, built in 1857 by the architect Stanislas Delalot, when the ElysÈe Montmartre became a covered popular ball.

We wanted to retain the version of the Second Empire, we were sensitive to this period when architecture began to use metal structures for so-called noble buildings. With the help of Antoine Fontaine, we designed an original metal structure in the style of this period and also the secondary elements to form a coherent whole.

A few contemporary touches punctuate the whole, including a large monk bar. The dressing rooms are also treated more contemporary and with care to offer an original welcome for artists.

The main room was separated by two technical processes, the slab of the room was totally mounted on a network of low-frequency spring boxes, allowing a strong isolation of the basses, and the posts of the structure with an elastomer sandwich principle.

In order to make the room versatile, and allow to modify the position of the stage space, we designed a stage set on 180m2 mounted on a chain of screw jacks with a stroke of 4m. The length of the stroke is so important that the stage has 2 intermediate trays to slide the chairs in the room. This equipment allows the room to have two possible configurations, one where the audience is standing and the other seated. 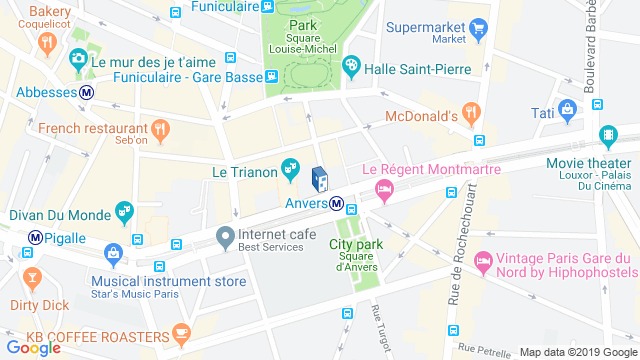 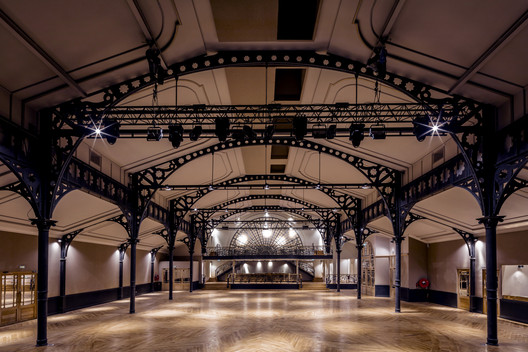