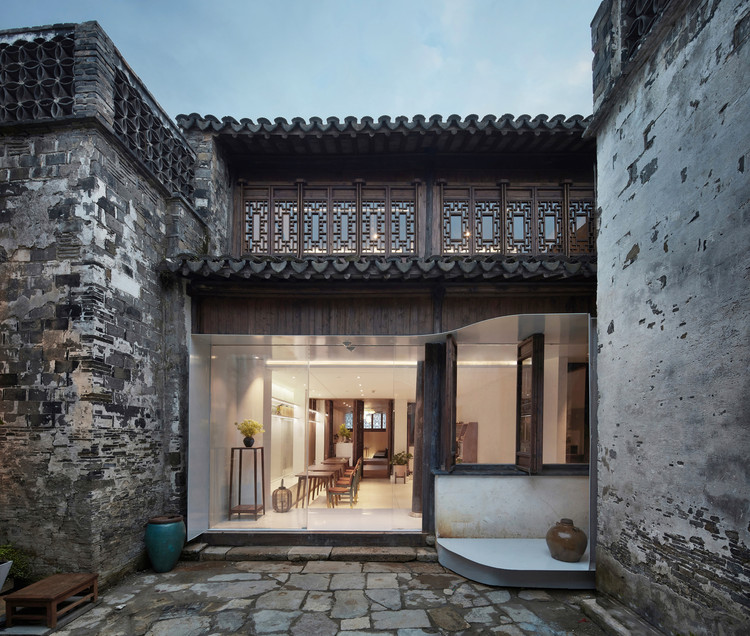 Text description provided by the architects. AwareTea is located in Qingguo Alley, a historic street in Changzhou. The alley is along with Beijing-Hangzhou Grand Canal and many celebrities come out from it, which make the alley become so famous. In order to revivify the traditional scenes, the municipal government of Changzhou reserved the main historic architecture while repairing.

The program is implemented in a space with three entries with two courtyards, which is the typical building structure in the region south of the Yangtze River. The space is well- proportioned and layered. The program is so rare because the mottled walls are protected during the decoration process.

Awake the past
We believe newborn things can truly awake the past. The old and the new are coexistent, complementary, and well-balanced. At the same time, presenting the best view by minimum intervention is the basic principal. So, in order to best coalesce the old and the new, only two boxes are imbedded. The first steel box is imbedded in the northern entrance of the second-entry room. The second is the oak corridor during the second and third entry.

Specifically speaking, by contrasting the flat industrial steels and the mottled walls, as well as comparing the neat oak floors and the carbonized pillars, the vivid and the warm is fusing perfectly.

Face the present
We adopt different design strategies depending on the different space. Since the first floor of the second entry is low-height and the natural light is limited, we use terrazzo and atomizing glasses to create an abundant and united white space, which increase the brightness and spaciousness for the room.

The room of the third entry is wide open, the tea corridor is like a room of a house, which highlights the beauty of the structure and space. In terms of the second floor of the second entry, we remain the original beams as the main body, plus master’s collections to show the historic impressions of the old house.

Open the future
AwareTea is not just a leisure place, instead, it is an aesthetic room including drinking tea, tasting desserts, and appreciating tea utensils. The main spirit is just like its English name AwareTea, which implies awakening and awareness. We believe everyone is bountiful inside. Space will let people live in the moment while drinking, tasting and appreciating with no thought. We deeply realize that create space is like building a stage, the coming people and things in the future are the real vitality for us.

In the street opening ceremony, as Guangya Zhu, the main designer of Qingguo Alley said, ‘we speak so much of memory because there is so little of it left’. We are attempting a possibility through the program and hope that when people memorize the past, they could also create the future from it instead of just indulging. Only in the way can we live in the moment and create a better future. 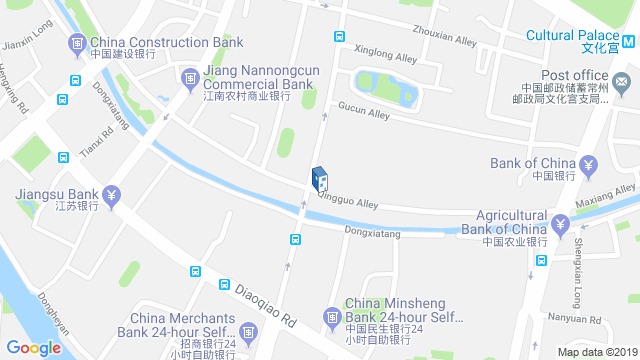 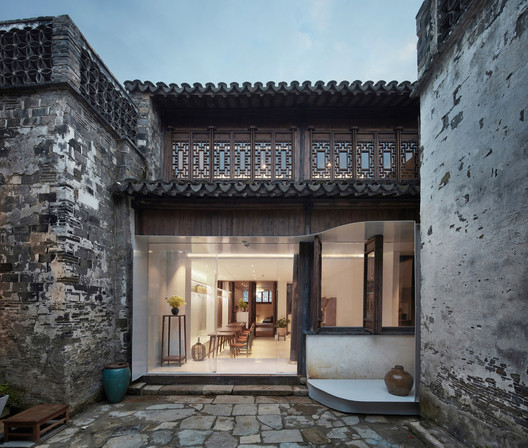