Save
7 Wonders of the Ancient World Brought Back to Life

The Seven Wonders of the Ancient World were regarded among 2nd-century scholars as the finest works of architecture on the planet. Some of these iconic structures, including the Great Pyramid of Giza, still survive to this day, albeit in a ruined state when contrasted with how they would have looked 2000 years ago.

To speculate on what these structures would have looked like in their prime, NeoMam Studios has teamed up with Budget Direct Australia to create a series of images of the seven wonders. Having trawled through written and visual information on each wonder, the team has generated a series of GIFs that show the resurrection of the gleaming structures lost to time.

Below we have republished the seven wonders for your inspection. For a more detailed description of each idea, visit the original publication here. The collaboration follows on from similar previous endeavors by NeoMam, who recently speculated on what New York’s Central Park could have looked like, and seven rejected proposals for Sydney Opera House.

Budget Direct Australia: The 108ft Colossus stood astride Mandraki Harbor, its feet firmly planted on 49ft pedestals so that boats could pass between its legs. It was certainly one way to let outsiders know who was boss: in fact, this giant statue of the sun god Helios was sculpted from the melted-down weapons and shields of the Cypriot army, whom Rhodes had recently vanquished.

Budget Direct Australia: Built over 4,500 years ago from stones weighing 2.5 to 15 tons each, the Great Pyramid remained the world’s tallest man made structure for nearly four thousand years. Nearby excavations have revealed it’s likely that up to 100,000 skilled and well-fed workers came from all over the country to live in a temporary city as they built the otherworldly pyramids of this region.

Budget Direct Australia: Did the Hanging Gardens ever actually exist? They’re the only wonder on the list that may have been a figment of an ancient travel writer’s imagination. The native writers of Babylon – which was 50 miles south of what is now Baghdad in Iraq – made no mention of the garden. But if it did exist, it seems to have been a remarkable engineering feat, with complex machinery drawing water to built terraces up to 65ft high.

Budget Direct Australia: The lighthouse by which all subsequent lighthouses would be judged, this structure by Sostratus of Cnidus featured a burning fire atop a cylindrical tower, atop an octagonal middle, atop a square base. A spiral staircase led to the business-end, where there may also have been a statue of Helios.

Budget Direct Australia: The tomb built for Mausolus, ruler of Caria, an ancient region of Asia Minor, was so impressive that the late king’s name became the generic word for large funeral monuments. Mausolus commissioned many great temples and civic buildings in his life, and planned the Mausoleum himself. The structure was a mixture of Greek, Near Eastern, and Egyptian design principles set in Anatolian and Pentelic marble.

Statue of Zeus at Olympia

Budget Direct Australia: This 40ft gold and ivory-plated statue was erected at the Temple of Zeus by the Eleans in an attempt to outshine the Athenians. Unfortunately, the framework and throne were made of wood. Although it seems to have lasted a few hundred years, the statue likely perished either when the temple was destroyed in 426CE or a few years later in a fire at Constantinople.

Temple of Artemis at Ephesus

Budget Direct Australia: Ancient Greeks, 3rd century Goths, and early Christians alike seem to have been provoked by this enormous temple to the Greek goddess of chastity, hunting, wild animals, forests, and fertility: the building was built and destroyed three times. The first to demolish it was Herostratus, who burned it down just to get famous. Next came the Goths, who wrecked the city while passing through on the run from the Romans.

7 Houses of the Future - According to the Past

It is often claimed that "there is nothing more outdated than science fiction." Indeed, history is awash with speculation on future ways of living, as futurists imagine how advancements in technology, trends, and social norms could alter how we live, and what we live in. 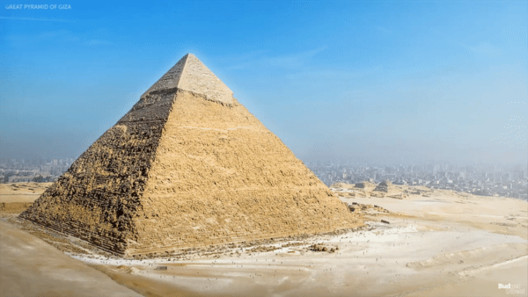