Save
AM House / Horma 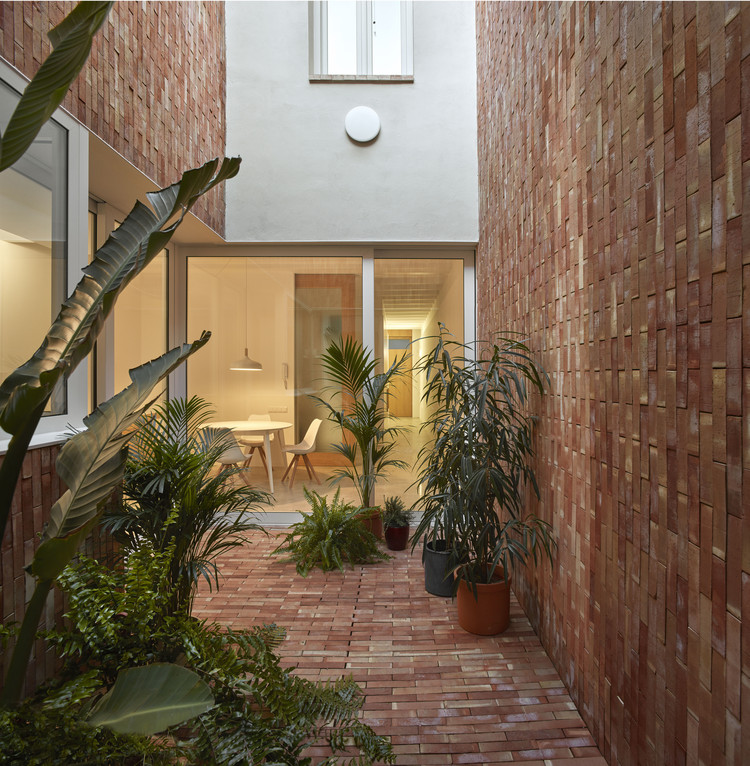 Text description provided by the architects. The illusion of two friends and their two daughters. This is the story of a family that inherits with uncertainty a house between walls in its original state in the city center of Vila-real. Behind the uncertainty, a great opportunity to reinterpret a space attending to the needs of a new generation without forgetting the still existing past. The spatial fluidity and the warmth of the materials guided by natural light show how to inhabit the house. With a facade respected for its antiquity, the interior hides the revolution of the residential typology reinterpreting the usual values.

The original house was composed of two bodies, the house in contact with the main facade and a barn that occupied the bottom of the plot. Between them, other elements have appeared over time and have filled a necessary space to breathe. This rehabilitation aims to respect the existing architecture by valuing the original elements and eliminating those additions that make difficult to read the initial space Once its origin has been recovered, the project must connect both bodies to accommodate the requested domestic program and work to give them meaning as a whole.

For this, a patio will become the main element, able to illuminate, articulate spaces and also give the house the necessary character, establishing a dialogue between the past, the present, and the future. The ground floor includes the public use of the house, developed throughout the size of the plot, 5 meters wide by 22 meters long. The spatial sequence proposed from the access is understood as a single space that at each moment is having a specific dimension and linked to a different function, with no more limits than its own geometry.

With the appearance of the patio, it will be the one which shapes and makes sense of the sequence. A patio of contemplation and use where its footprint is more defined by its material than by its limits, intentionally diffuse to link with its adjacent spaces. On upper floors, the most private spaces for individual use find their place, distributing the rooms on the first floor and the studio on the top floor, under the original wooden roof linked to a terrace that allows reliving the patio that starts from ground level.

Facade, far from altering the existing rhythms, intervenes in the depth of the ground floor window, replacing the original one with a terrace inhabited with vegetation that improves the privacy of the house while allowing ventilation of the entire public area. Materially, the house is designed with neutral tones that emphasize the natural light and the geometry of the original elements, leaving the singularity for the patio, built entirely with vertical brickwork that runs throughout its surface and inhabited by abundant vegetation giving both together life and color to the whole. Therefore, brick, vegetation and natural light, primary materials, are responsible for intervening in a place with memory, but now also with a future to discover. 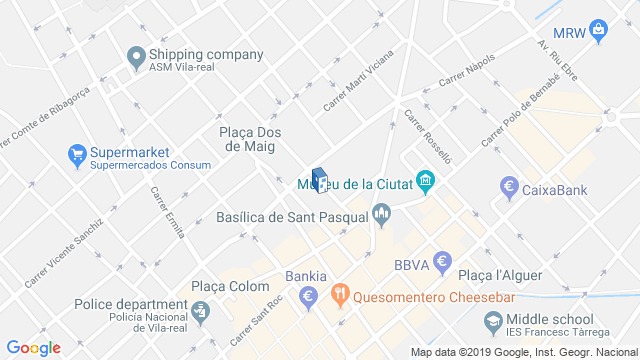 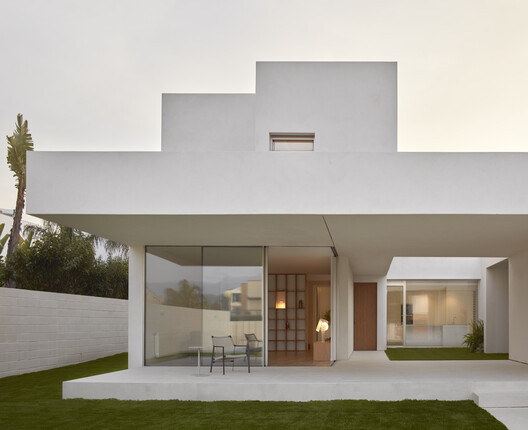