Much of Libeskind's work is instantly recognizable for its angular forms, intersecting planes, and frequent use of diagonally-sliced windows, a style that he has used to great effect in museums and memorials—but which he has equally adapted to conference centers, skyscrapers, and shopping malls.

Besides the Jewish Museum in Berlin and the World Trade Center Masterplan, Libeskind's most well-known projects include the Extension to the Denver Art Museum, his extension to the Royal Ontario Museum and the Imperial War Museum North in Manchester, UK.

Frank Gehry: "Take the Chance to Jump Off Into the Unknown"

Louisiana Channel has released a new video interview with Frank Gehry. Known for his expressive use of form, Gehry has become one of the most important architects of our time. Recorded at his studio in Santa Monica, the interview explores Gehry's life and early influences, as well as modern architecture and the world as he sees it today. 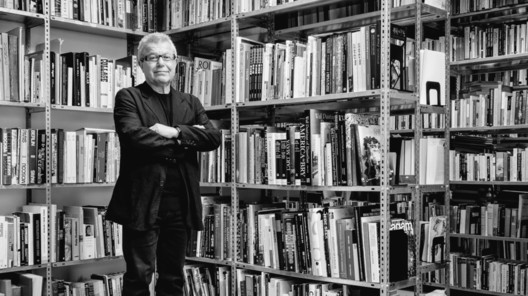