Save
Public Spaces Aren't Really Available for Everyone
Share
Or
Copy

When we talk about public space, we often imagine a park with happy, relaxed people on a sunny day. In actuality, this is a very restricted approach. A young woman does not cross a deserted street at dawn in the same way as a white man wearing a suit or as an immigrant who may not be welcomed by local citizens. Have you ever felt discriminated while visiting a public space?

In this edition of Editors’ Talk, editors from Los Angeles, São Paulo, Argentina, and Uruguay share their views on defining public spaces for everyone

Nicolas Valencia: It is assumed public spaces are parks or squares, but can shopping centers and privately-owned cultural centers also be considered as public spaces? What do you understand as “public”?

Victor Delaqua: Public is what belongs to the people; to all of them. For me, the main definition of the public is if all people, without any exception of social class, gender, color, sexual orientation, can use the same space. In the case of malls or other private centers, this is not true, so I would say that although it is open to people, it can not be considered a public space in its essence since many people are barred or are invited to leave the place according to their identity.

Eric Baldwin: Broadly, I think public implies a connection. It’s open and accessible; it could be virtually or by means of physical space. While it can happen in or around architecture —landscape, urban design, interiors, etc—I think more generally it’s connection and exchange.

Clara Ott: For me, public spaces are those who allow democratic, non-restrictive, and free access, independently of who is the owner of the place itself. But I like Eric's point of view, I had never thought of the virtual aspect of public spaces.

Victor Delaqua: I also agree with Eric's point of view, but I believe it is important to say that in physical public spaces, existing connections and exchanges will always be different experiences according to the person's identity. For example, a woman does not cross a deserted street at dawn in the same way as a man or as an immigrant who may not be welcomed by local citizens. Because of this, first and foremost, I believe that public space is a site of conflict responsible for establishing the meaning of what the city and its citizens are.

Eric Baldwin: Yes! Victor is dead on. I think public space can also lend itself to a number of different uses and identities. Whether space for protest or a festival, it remains open, often without a prescription. There has been a lot of talk about architecture and its relationship to security, who owns what, and the private-public divide. This is directly tied to the identity of a city and its citizens and their relationship to how they feel they can use public space.

Nicolas Valencia: So, is it defined by access or ownership?

Clara Ott: For me, access. This does not mean that anyone can access public space anytime. I understand security or even legal issues might dictate this, such as gated parks, or ones with opening/closing hours, but as long as the access does not have a cost and is equally available to everyone, it constitutes a public space.

Paula Pintos: I agree, but it's a different discussion. The basic definition of the public should not be affected by these things you mentioned, meaning that public spaces as we know should be safe and free access to everyone. Of course, this doesn’t happen, but not necessarily because of the space itself, but because of other issues that are part of city life (culture, city identity, public policies, politics, security, etc).

Eric Baldwin: David Ruy once asked, “Is demystifying power the only thing left to do?” He was talking about architectural criticism, but I think it extends to many aspects of our field. When I moved to Los Angeles, I understood public space and experimentation in a very different light; food trucks could turn an abandoned lot into a lively public space. The lot was accessible, but ownership is part of it, as they often determine under what conditions you can access or use a space. But going back to Ruy, I’m inspired by experimentation. By new or reimagined ideas that can spark new connections and exchanges. Anyways, public space is inherently tied to the city, and in turn, to its citizens. Public space is very different when talking about a rural farm field, no?

Nicolas Valencia: Good point, Eric. In that case, why do we need public spaces in cities? Why is public space tied to cities, not to rural farm field?

Eric Baldwin: Because cities are shared. You can have "public spaces" in rural farm fields, but they imply shared ownership. That's why Hudson Yards is so severely criticized (and rightly so). It's a billionaire's playground. It only tries to give an image of being shared. While the High Line has its faults, it feels like a public space for the city.

Victor Delaqua: Since from the Greek Agora —and perhaps even before it— the space of encounter and discussion is fundamental in a city. A place where society can understand itself and from there create part of its culture through protests, political discussions, parties, markets.

Eric Baldwin: A nice definition: a space to create culture!

Clara Ott: Public spaces are actually the only physical spaces of the city that enable healthy socialization processes for everyone, by ensuring those connections, exchanges and interactions with anyone that is a part of the city just as you are.

Nicolas Valencia: A Costa Rican architect, Luis Herra, explains that cities are built by a hegemonic discourse, so the LGBTQIA+ community is welcomed only when they act as heterosexualized people. That idea also implies that truly public space will be a dream until women and minorities will be part of the discussion. What do you think of that?

Victor Delaqua: I fully agree with this statement. Society demands a certain behavior of its citizens and those who are outside this norm suffer the most diverse violence. We should always be asking ourselves how we occupy public space. We always need to remember that our body is political, the way we identify, dress, move and speak, our color, gender, and even sexual orientation means a lot in any space and it can serve as resistance or oppression against normality.

Clara Ott: Nikos Salingaros stated that the current public square is an example of a completely impersonal space to gather everyone, but ends up by representing nobody. Alternatively, irregular squares from earlier centuries provided the perfect setting to gather people without encouraging control or the feeling of being controlled. I think that's a good point to start questioning our current public spaces.

Paula Pintos: I agree. But I think the best way to start improving this is by encouraging minorities and women to get out there, using the existing public space to speak up. I think Women’s Day protests around the world are a great example.

Eric Baldwin: I would say, too, that we need to increase the pathways for voices to be heard! After Minneapolis approved their 2040 rezoning plan, the entire United States is now watching to see what happens. City leaders are wondering if it could become a national model for urban design. Racial equity appears as a common thread in several parts of the Minneapolis 2040 guidelines, and it came about by understanding the history and injustices of the city and opening up pathways for more voices to be heard. Zoning was historically a tool for discrimination, but this relates to prescription; how prescriptive should space or process be (or not) to encourage more voices and citizens of a city. 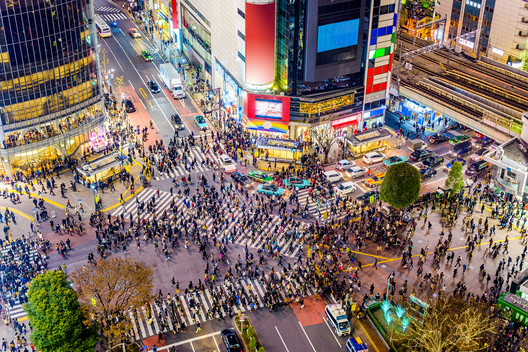