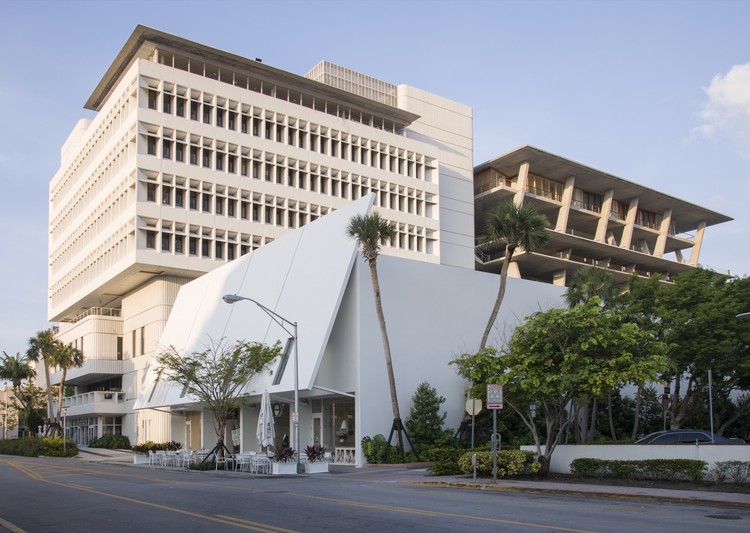 Text description provided by the architects. 1111 Lincoln Road was conceived as a framework for changing activities and uses. After several years of successful operation and the economic transformation of Lincoln Road's western terminus, it became feasible to further activate the development with a renovation of the existing project and an addition of a new building containing retail and residential units on the empty parcel to the north of the former Suntrust office building.

The new building balances two seemingly contradictory objectives.  On the one hand, it requires a strong and clear identity in order to attract pedestrian traffic from Lincoln Road. On the other, its architecture should extend the existing masterplan while not competing with the 1111 parking garage.

The resulting building is a non-descript white box that is a twin of the two-story bank and residential building on Alton Road. Along Lenox Ave to the east, new retail spaces have all-glass storefronts and four 10 meter tall operable steel "gates" with vitrine like apertures that both protect the large windows from hurricane winds and create a strong visual identity towards the Lincoln Road mall.

The appearance of the building changes as the gates are individually opened and closed. Behind the shops a restaurant with open-air courtyard seating is accessed through a singular pivoting wall further animating the adjacent Lincoln Lane.

Two courtyard residences are located on the upper floor. The units are a hybrid between the adjacent two-story building's four courtyard houses and the terraced penthouse residence atop the garage. As in the introverted houses before, there are no external views on this site but a series of courtyards provide ample connection to the exterior. The units are organized so that every primary space has a corresponding terrace with landscaping.

The project involves four additional interventions: the conversion of one office level into parking and a restaurant including a bridge to the 1111 parking garage; the renovation of the office building entry lobby; the creation of a new stair and retail kiosk overlooking Lincoln Road pedestrian mall; and updates to various aspects of the penthouse residence atop the parking garage. 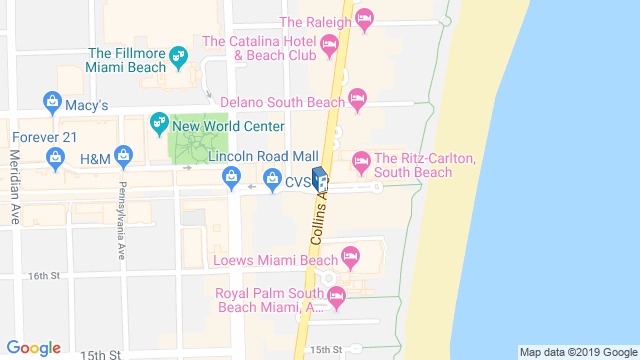 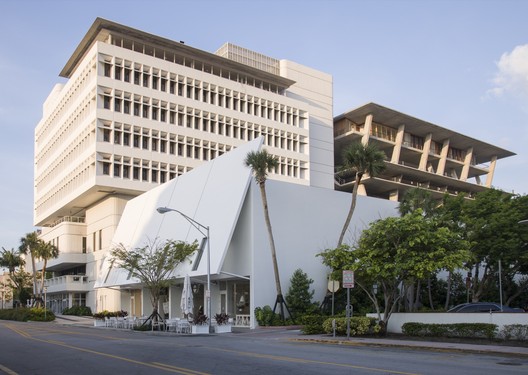