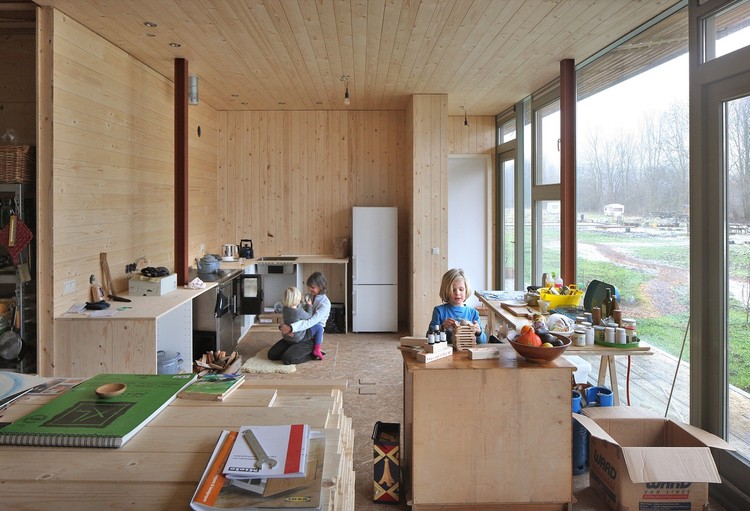 The high prices of real estate and an increasingly solitary lifestyle are leading people to seek new ways of living. Despite the similarities with a student house, co-living combines many other aspects, such as a sense of community, sustainability, and collaborative economy. This concept emerged in Denmark in the 1970s - originally under the name of cohousing. The Sættedammen initiative, for example, consisted of 35 families living in private homes while sharing communal spaces for socializing and activities, such as dining, housekeeping, group gatherings, festivities, and other events. Today, co-living offers a multitude of possibilities, ranging from people who simply live together - solely sharing the physical space - to communities who also share values, interests and a philosophy of life.

Nowadays, newly graduated people - for whom the appeal is often financial - are a great niche in the co-living market. Unable to afford the costly rents in big cities, they find the solution in sharing. However, these people are seeking places that are better-maintained, better-structured and more conveniently located than student houses. Co-living spaces - designed and managed by companies specialized in house-sharing - are an increasingly popular option in this niche. Instead of looking for flatmates, and having to deal with shared contracts and bills, one can simply rent a dormitory in one of these developments. Most of them offer pre-furnished and decorated rooms, communal amenities - including kitchens, social areas, and co-working spaces - as well as professional cleaning services and even social workers available to help the residents adapt to their new neighborhoods.

Digital nomads and global citizens also adapt well to shared environments. Many of these co-living developments have units throughout the world's major capital cities, so they can choose one as a base location and move around as needed, rather than keep hopping from one Airbnb to another.

Yet another growing niche market consists of slightly older people with higher incomes who desire additional space and privacy. Most of them are in their 30s, single or married, without children and have just moved to a new city. In their opinion, co-living offers not so much a financial solution but a pursuit of a sense of community. Node is a pioneer in this type of enterprise and has several units all over the world. Their apartments include a private kitchen and living room - decorated and curated by designers - while the communal activities take place at events organized by the company, such as wine tastings, dinners, decorating Christmas trees, plays and trips to film festivals.

A research conducted by Space 10 - IKEA's innovation lab - focused on understanding what people would like to experience in co-living and what they would be willing to share - or not. The goal was to make better design decisions when creating new sharing spaces, by acknowledging people's preferences and concerns before designing the project. The survey was answered by 14,000 people from 147 different countries and is still available online for those who want to participate. The results published in 2018 show that most of these people are drawn to shared housing for the sake of socializing with others, and not due to saving money. The majority also claims to prefer living in small communities of four to ten people - in contrast to the way co-living companies have been planning: living spaces for hundreds of people, like the Old Oak in West London for example, which has 550 beds. Another interesting observation is that most would prefer to live with people of different origins and ages. In addition, almost all of them would prefer living with childless couples and single women - the least popular house members were small children and teenagers.

The Oosterwold Co-living Complex in the Netherlands, designed by bureau SLA, is an example of this concept. The idea of building the dream house on a vast land, but on a very limited budget, inspired the architects to encourage inviting friends who were willing to experience a new way of living. Here, indoor spaces can be completely customized by the residents, who share the outdoor areas. While the concept is still new, it should gain more supporters seeking a freer lifestyle and avoiding the need to settle in a city. No doubt, we will soon be seeing more co-living projects at ArchDaily.

Editor's Note: This article was originally published on the 25th of April 2019. 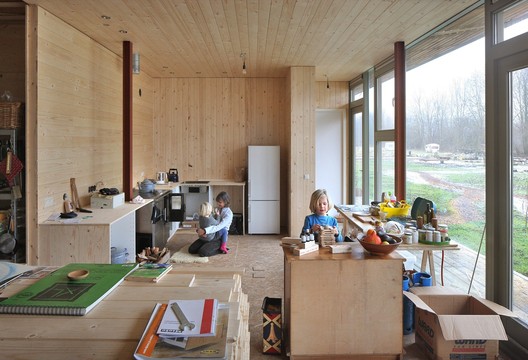