Save
A Soviet Union of Historic Images
Share
Or
Copy

What would historic cities look like if scale didn’t exist and functions were manipulated?

Dutch artist Tamara Stoffers found inspiration from an old Soviet Union book published in the early 1960s, which featured images of mass-housing apartment blocks without any ornamentation or color. The book highlighted the symmetry and functionality of Soviet architecture, representing what a communist future strived to look like. It became clear to her that a lot of stories lie in the history of USSR that deserve to be explored.

Stoffers' admiration extended beyond Russian architecture, looking at everyday objects, banners, postcards, and books. In a matter of 4-5 years, she put together a series of surreal collages taken from more than 30 picture books. The images, which seemed intriguing on their own, were mixed and matched with complementary photographs in an exaggerated, amusing way, presenting the Soviet Union as never seen before. 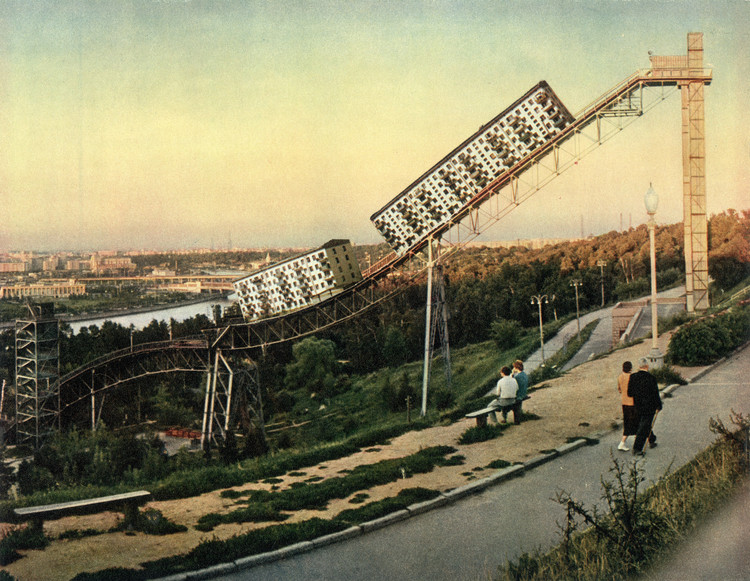 ‘The New Past’ by Tamara Stoffers is on display at the Lumière Center of Photography in Moscow until 30 June. 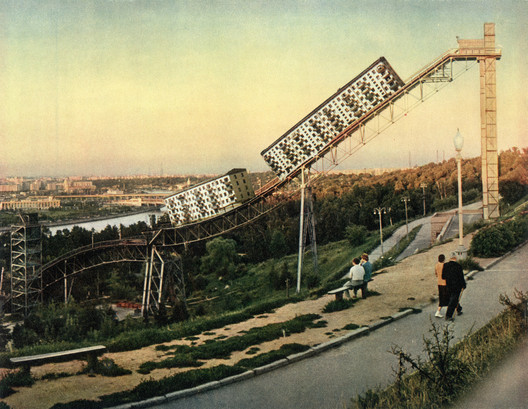