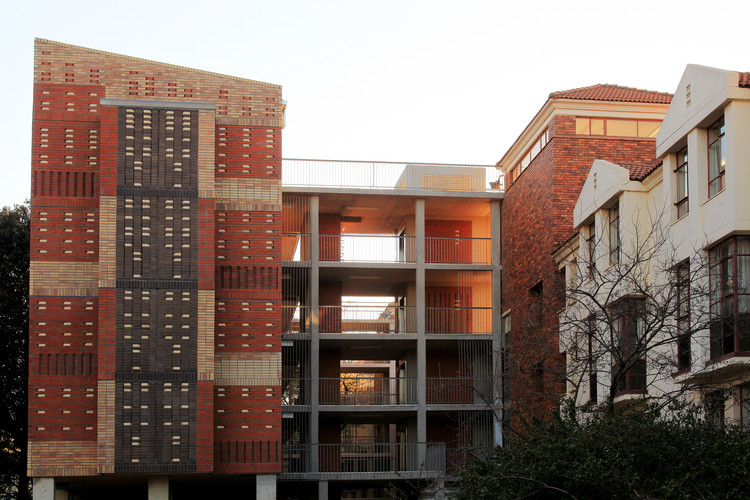 Text description provided by the architects. This extension to a student residence clips into the existing building’s infrastructure to provide an additional 150+ rooms. Open walkways, views into existing trees, the sound of water from a nearby pond and carefully scaled courtyards provide an airy and bright counterpoint to the double loaded corridors and inward focusing character of the existing building.

With a national shortfall of 250 000 beds (according to the Department of Higher Education) this project demonstrates a way to deliver policy compliant accommodation whilst breathing new life into existing facilities. The Barnato extension was delivered for 30% less than a new-build residence by carefully integrating it with the existing building.

Façade concept: Nationwide protests and debates regarding access to education and decolonisation prompted us to explore a new institutional identity for the extension to the fort-like building named after a major colonial randlord. The strict budget meant using off-the-shelf, low maintenance materials and keeping the form of the new buildings as simple as possible. In contrast, the new brick skin was envisaged as a beautiful, richly-textured quilt. Special bricks, sourced from local Corobrik yards, are inter-woven with a standard brick, complementing the existing building.

Known as ‘under the tree’ bricks, these specials are left-overs of commissioned ranges that could be acquired at a substantially lower cost. The facades present an unexpected blending of existing textures and colours, rooting the extension to its particular place on campus. By sharing the design values, arranging training and maintaining close, hands-on quality control, we could establish a productive dialogue with the brick supplier, main contractor and bricklayers. Differences are often used to divide people. The quilt of ‘odd-bin’ bricks celebrates diversity and the unique creativity that can be bred under constraint. 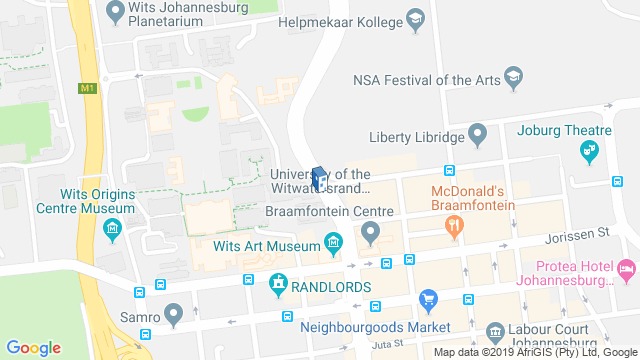 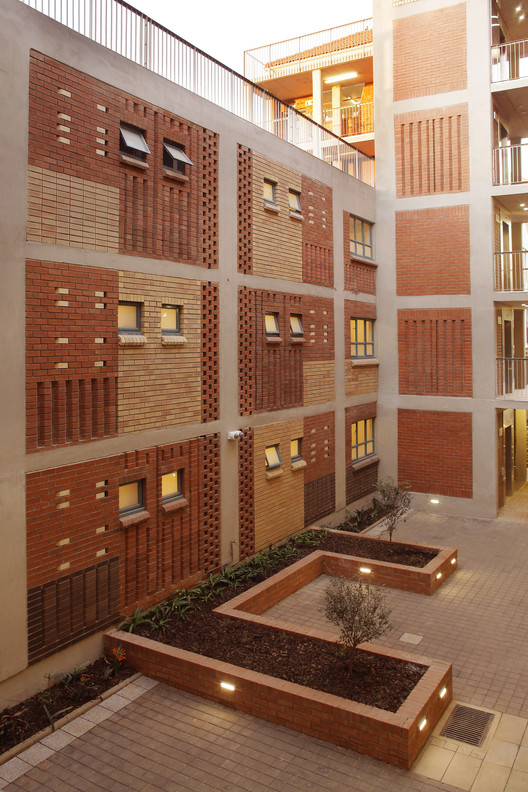