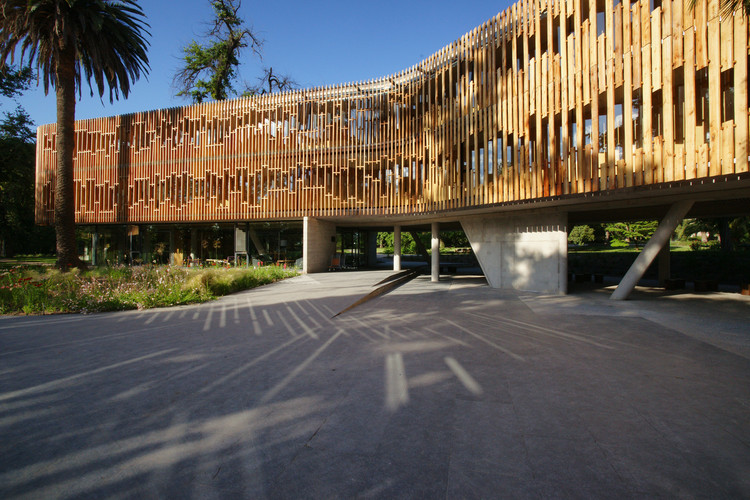 Text description provided by the architects. How to restore a centennial park that had lost its original layout? How to rethink the social role of a heritage milestone? How to place a 50-room building among the large existing trees? These are the questions posed by the Las Majadas de Pirque project.

The strategy is based on the interaction between architecture, program and landscape to reconvert a space with a powerful historical burden dating from the early twentieth century, to assume a new role in the creation of social capital in Latin America through a place that enhances the conversation of diverse people with common interests.

This is achieved from three independent but simultaneous operations, focused on reconverting the old palace as a center of conversations, restoring the park to recover its original structure, and finally, building a residence for the accommodation of 100 people. The Lyon Bosch office was in charge of the projects for the park and the residence.

The Park Las Majadas de Pirque park was designed by Guillermo Renner in 1909, forming part of a group of private parks that were built at the beginning of the 19th century in the central zone. The year 1972, the original property was subdivided into 5 lots which fragmented the system of routes and the original structure of the park.

The project aims to recover the original structure of the park through the articulation of the system of routes and irrigation by ditches, planning a process for the recovery and management of trees, and the introduction of a new body of water to the center of the park. This consists of three levels that are drawn by reinterpreting the terrain level curves and respecting the roots of the existing large trees. In the water the tops of the Palmeras, Cedros and Magnolios are reflected and, between the different levels, waterfalls are projected that produce sound and oxygenate the lagoon.

The initial approach is based on the fact that the building could not interfere with the park, but that it should help to enhance it. Given this, four design conditions are established: do not touch any tree; locate it in the most deteriorated place completing and closing the circular walk of the original park; that the roof was under the level of the basement of the palace, maintaining its prominence thanks to the gentle slope of the foot of the mountain and, finally, raise the rooms to recover the depth of the views and appropriate the landscape from the inside.

The Residence, formally, it is a bar of almost 200 meters in length and 10 meters of bay, which breaks and fits between the trees, leaving all the rooms facing the park. This bar is elevated on a field of pillars and walls, becoming permeable between the trunks and creating a first open level with a series of common spaces where the boundaries between interior and exterior disappear.

Finally, the project is solved with few noble and expressive materials. They were used, for example, woods of Encinas and Olmos that had fallen naturally in the park and what allowed to construct different pieces of furniture in work and façade elements.

The central zone of Chile, and especially the valley of the Metropolitan Region, has undergone profound territorial transformations during the last century, leaving traces of an evolution from a system of employer agriculture, towards an ever greater subdivision that has reached the proliferation of plots of pleasure. In this context, the Majadas de Pirque Project responds to this way of evolution of the territory, recovering the old to project it towards the future. 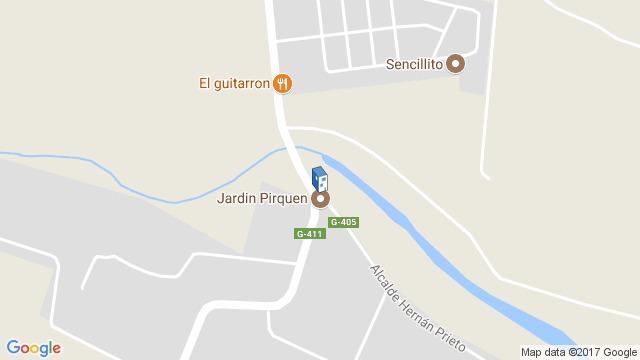 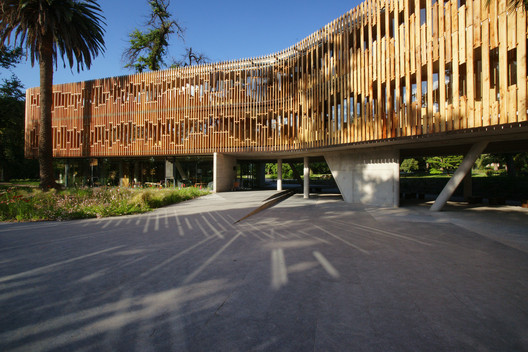