London-based practice JTP won the competition to create a 760ha masterplan for a new eco-city district in Kazan, Russia. Working with OXO Architects, Terra Scape and XTU Architects, the team proposed the development outside the regional capital of Tatarstan. Dubbed Ecopolis, the design centers on a series of "green fingers" that connect to a landscape ring around the district. 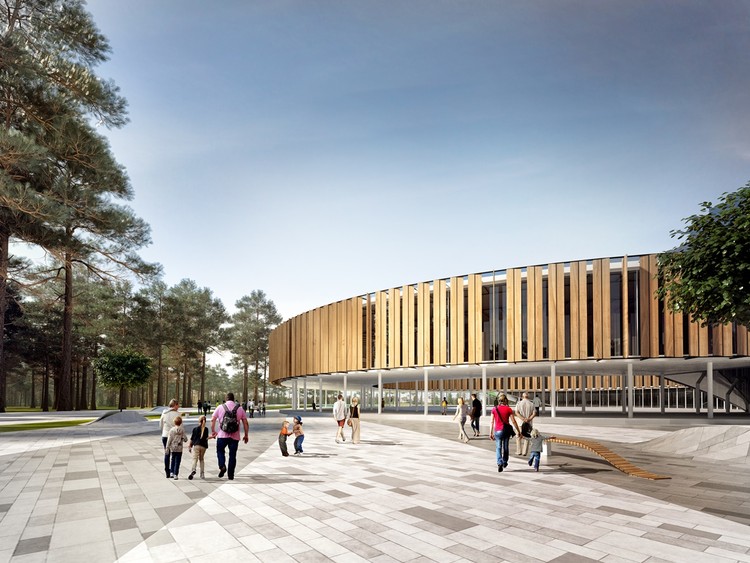 JTP's winning design was chosen among three finalists from more than 47 entrants. Organised by Moscow-based Center Agency for Strategic Development, the competition was juried by the Republic of Tatarstan president Rustam Minnikhanov. Kazan’s mayor, Ilsur Metshin, said: ‘The competition featured the world’s best architectural and design players, who fought for the right to reach the final. This has enriched us all – we really did see completely new approaches to design, or at least unusual for Russia." As the overarching strategy, the team organized the design around a series of active clusters housed in the new development. Around these are public spaces, meeting areas and playgrounds that remain open with much less density.

Metshin went on to say that, "this is a large territory, and there is enough of everything: both land, and scale, as well as the desire to see the eco-district of tomorrow. This is a completely new way of life and completely new requirements for design and construction. And we have seen what Kazan will be like tomorrow. As mayor, I am overwhelmed by feelings of pride and joy that we have reached such a level of design."

JTP's design is sited on the former artillery base in Kazan’s Kirov district previously transferred by Minnikhanov. The winning consortium received 5 million rubles. A timeline for construction and project completion has not been announced.