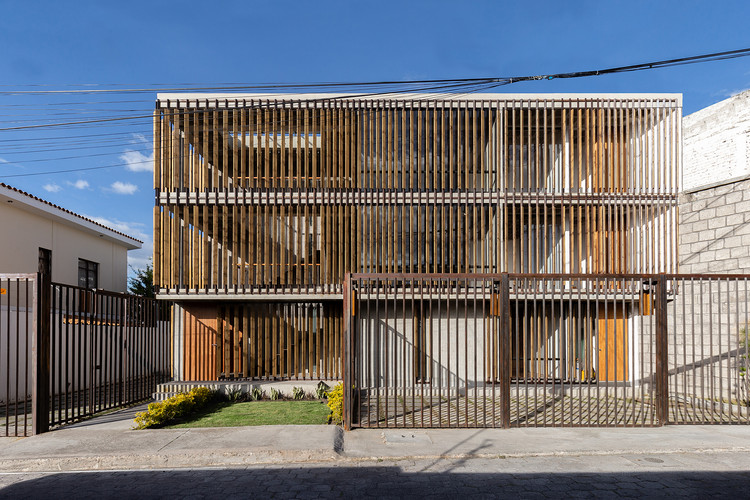 Background
San Antonio is a residential neighborhood in the city of Ambato - Ecuador, the single-family homes are becoming buildings. It is a central district, has all the services, was one of the main neighborhoods of the city and enjoyed great recognition for its festivities and the architecture style we can find in it.

The homeowners who once lived in this area have changed and the united neighborhood that once existed has become a walled neighborhood, lacking in community and public space.

The property for the project has a complex geometry, a practically triangular shape lot, with almost 20 meters of front and 3 meters in the back. In addition to this, an existing house built at the back of the land must be conserved.

Idea
Fragmenting walls
To provide the city with an element that opens onto the street, which gives its space to the neighborhood and allows it to be part of it from the neighborhood.

Seeing and being seen is part of a response to the lack of communication and insecurity that has been experienced in recent years, where the streets delimit their journey with high walls totally impermeable to a daily reality.

The optimization of resources as a constructive and financial strategy for achieving a successful commercial project and within the economic margins of the market.

How
The building exposes its social areas and access to the neighborhood, has a permeable and adaptable screen that sifts the light and provides security to the element without losing the direct connection to the street. The fence opens towards the street, giving the neighborhood a green area and public space. The transparency of the enclosure and the permeability of the façade generate a kind of void in the walled street.

Spatiality
Three apartments distributed in 3 floors, the complex angles of the land gave the pattern to generate light courtyards and spatial organization on each floor. The light courtyards also centralize all the installations and allow cross ventilation in the spaces.

Among the habitability analysis, the kitchen is considered as a fundamental point in the home (point of heat) this is an articulating space of the departments vinvulating the two areas, bedrooms and social areas. In addition to this, each department has a master bedroom, and a flexible secondary space, which has a series of sliding pivoting panels that can transform this space from a multipurpose room into two independent bedrooms according to the needs of the users.

Building
At the construction matter, the project structure is designed with reinforced concrete diaphragms, which support the three lightened slabs. All the elements are modulated in standard formats of boards and pieces of formwork to minimize the waste of material and reduce the time and cost in unnecessary cuts an workforce.

The diaphragms make up most of the internal divisions, while the rest of the divisions are built with pressed block masonry, which reduces time, costs and volume of material in walls and plaster reinforcement.

Wood and metal are the other two materials that complement the structure in closures, facade, vertical circulation, details among others. 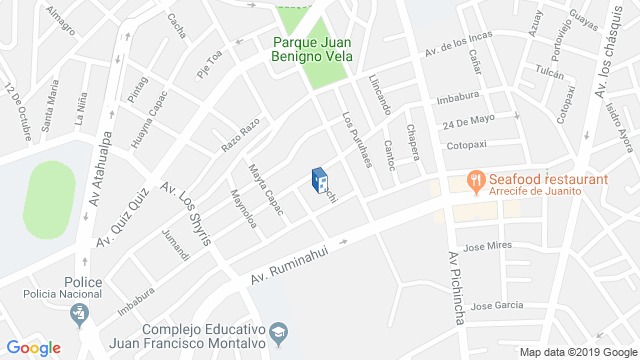