Architect Rafael Viñoly has revealed new images for NEMA, a skyscraper set to become the tallest residential rental tower in Chicago. Designed to evoke the structural system of the Willis Tower, the project is sited on the southwestern edge of Grant Park. The 76-story residential tower will create 800 rental units and is designed to be LEED Silver. The new skyscraper will include expansive views of the city's skyline as it frames Lake Michigan and Grant Park. 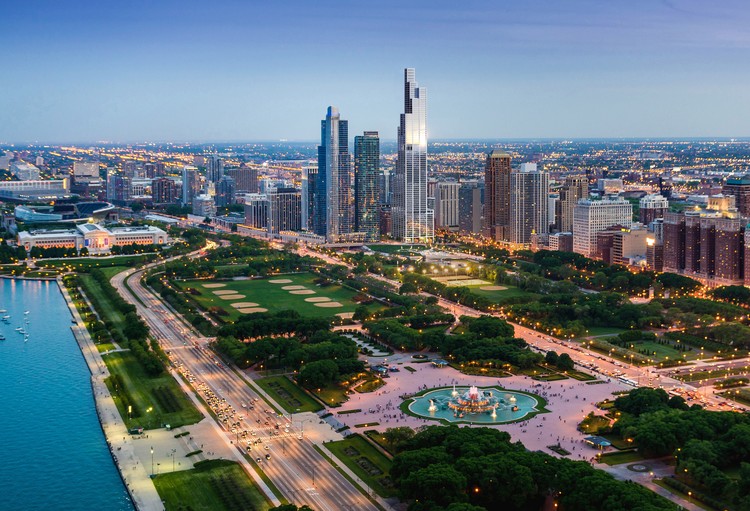 NEMA Chicago rises from the corner of Indiana Avenue and Roosevelt Road. Viñoly worked with Chicago’s Plan Commission to amend the local master plan in the context of the Lake Michigan waterfront. At 12,000 square feet, the project will include a 16-story-tall base topped by a 14,670-square-foot landscaped pool deck for residents. The base also contains a parking garage, resident fitness amenities, and retail. Formally, the building’s massing is made up of square structural bays of varying stacked heights.

The building’s interiors are designed by Rockwell Group to channel the structural expression of Chicago’s city grid and its architecture. In turn, the project uses recycled materials and landscaped outdoor spaces to help minimize the urban heat island effect. “Chicago is the birthplace of American Architecture,” said Rafael Viñoly, principal of Rafael Viñoly Architects. “NEMA Chicago summarizes more than just a brilliant planning philosophy, it defines an attitude toward realizing the American ideal that anything is possible as long as you believe in it. This belief is embedded in every part of Grant Park and is reinforced by the architecture that frames it.” 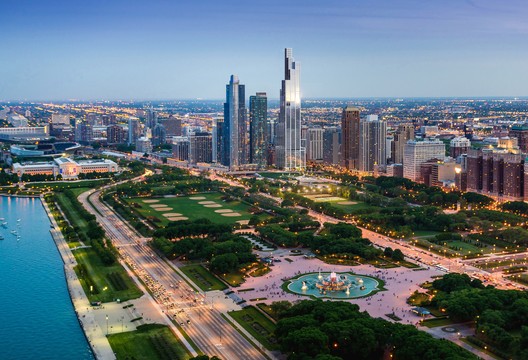