Safdie Architects have published an update of their iconic Jewel Changi Airport, as construction continues in Singapore. Featuring the world’s tallest indoor waterfall, a lush indoor forest, and a green trail of airport amenities, the scheme is set to open on April 17th of this year.

Jewel Changi Airport seeks to reinvent the public concourse not just as an in-between space for travelers, but as a major public attraction. Public transit form the city passes through the city and the large garden and shopping space within the central dome establishes it as a node for public gathering. In the future, an event space on the north side of the park will host public events for up to 1000 people. 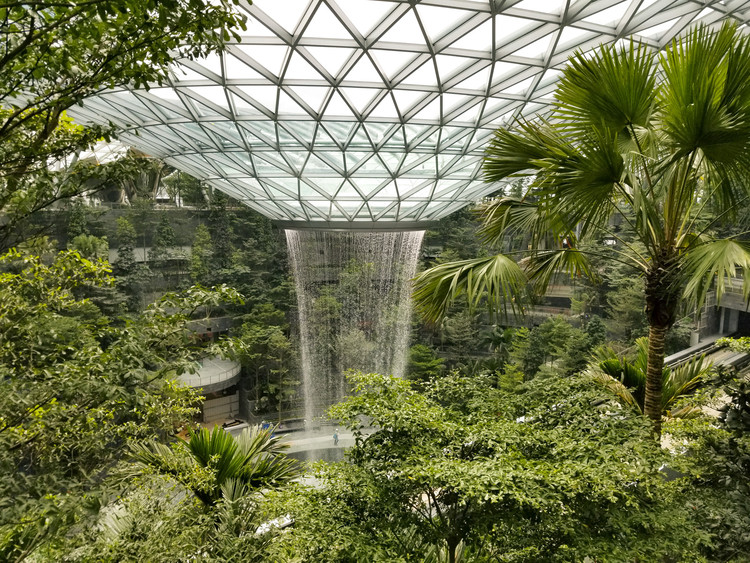 The structure, a torus-shaped glass dome, houses a lushly planted forest that climbs up the sides of the glass structure. The garden will include meandering walking trails, seating areas, and even a number of artificial waterfalls. An oculus at the center of the space, named the Rain Vortex, will allow water to cascade into the center of the space.

Upon the building's completion, it will be the tallest interior waterfall in the world. Rainwater that falls into the fountain will be pumped through the waterfall and used throughout the airport for building services and landscape irrigation systems. The oculus and flowing water also act as a passive cooling system.

For the scheme's development, Safdie Architects worked in collaboration with Peter Walker Partners and WET.

News of the scheme’s progress follows Safdie’s proposal for a series of treehouse-like pavilions for the Surbana Jurong headquarters, and the firm’s completion of an extensive restoration for a unit at Habitat 67. 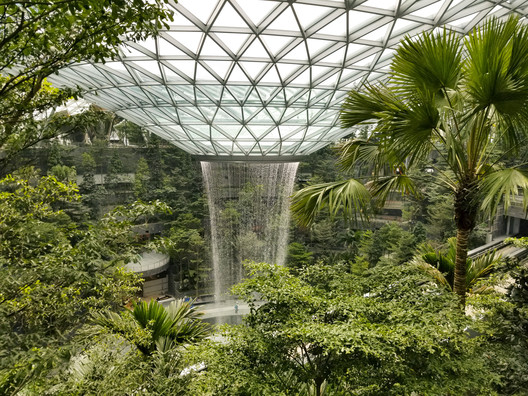