Check out the video above.

The Jewel Changi Airport extension is currently under construction, expecting completion in early 2019.

Today, Safdie Architects revealed plans for a glass, spherical "air hub" that will be built at the center of the Singapore's Changi Airport, the world's sixth busiest airport. The "jeweled" biodome was presented as a "new paradigm" for international airports that will boost Singapore 's stopover appeal and become a "lifestyle destination" for both travelers and local residents. 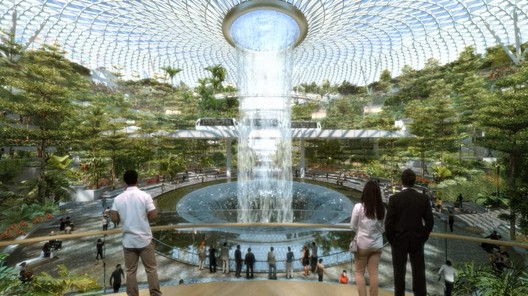