Save
Soy de Azteca: A Photographic Essay of Aesthetics in Mexico's Periphery
Share
Or
Copy

"Soy de Azteca" (Or "I'm from Azteca") is a photographic project by Zaickz Moz that seeks to re-think the expressions of community and identity of the periphery of Mexico City—which is becoming more diffuse and overflows beyond its geographical limits. The objective of this project is to re-think the interpretations of community and identity of the residents of Ciudad Azteca (State of Mexico) manifested in private, public and urban spaces, through photographic series that addresses issues such as appropriation and modification of space habitable, urban development and the sense of community in the neighborhood of Ciudad Azteca.

The particular characteristics of a community give the inhabitants a sense of identity and belonging. Does this happen in any inhabited place? When observing that the history of Ciudad Azteca always exists in relation to Mexico City, it is worth asking if identifying traits have emerged among the inhabitants of Ciudad Azteca. As in other areas of the capital's periphery, it is possible to observe in this group of neighborhoods located in the municipality of Ecatepec the capacity of the locals to build and transform a space into a variety of forms of urban habitat.

However, as has been evident for several years, with technological development the formation of communities is not restricted to population groups that share a physical and temporal space. It should also be considered that, to a large extent, communities are made up of differences that are maintained with others. These ideas are pointing to the following question: How has the identity culture been built in Ciudad Azteca? For many people who live in the metropolitan area of Mexico City, there is the idea that Ciudad Azteca has a geographic focus of violence. But, as in all cases where there is a simplistic reduction, the image is not complete, as there is little record of typical expressions of community at Ciudad Azteca.

Researching Ciudad Azteca, its symbols and the relationships between its inhabitants helps to reevaluate the elements which make up its identity, to strengthen them and to constitute or reconstitute the community itself. The way in which we seek to represent the meaning of community (if it exists) in this project is through photography: a pause between the building motion of rite symbols; of the world. Through the proposition that a community can transform their living conditions, create new meanings and uncover their symbolic expressions thanks to art projects, this photographic series opens up the possibility for people of Ciudad Azteca to find and reflect upon themselves, and gain a deeper understanding of their reality.

Zaickz Moz's work is framed in architectural and urban photography, focusing on photographic series, seeking to generate a collective reflection rather than an isolated event. The work documents the innate capacity of human beings to feel part of the space and the objects it contains, with the purpose of calling them "our".

Mapping the city at ground level is not easy; aerial photography was used to continue "The Neighborhood" series from another perspective. These aerial notes show the spatial relation between each landmark and other suburbs, as well as the access routes and connections between the three sections of Ciudad Azteca. The three share shopping centers, pantheons, markets, churches, main avenues and transport routes. However, with each section having its own services, it is worth asking if an interrelation has formed between the inhabitants. 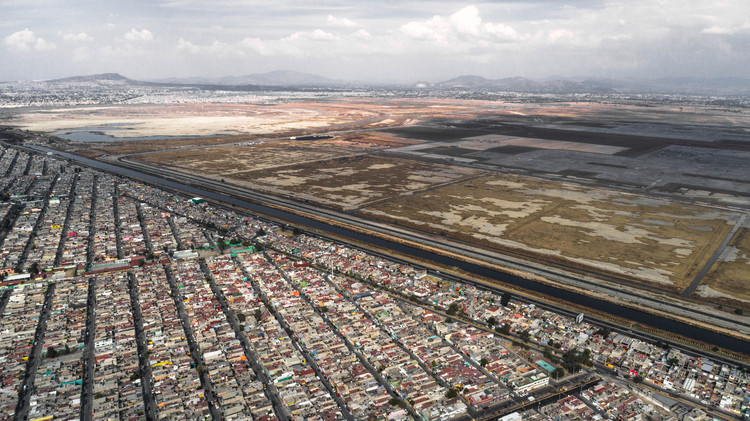 This is the initial series of the photographic discourse on Ciudad Azteca, intended to trace a map of the three sections based on the sites that the inhabitants recognize as landmarks within a work or domestic routine: markets, churches, corner stores, taco stalls, bazaars, stores, parks, cultural centers, etc. These are the landmarks identified and constructed by the community themselves as places where they interact. As they are obvious, it is possible to walk without course between the streets, taking portraits of people to map the neighborhood through photography.

This series enters the depths of Ciudad Azteca to photograph and interview the neighbors in order to observe and talk about the conditions of life; the story of each person within Ciudad Azteca and the changes they have witnessed over time in both their homes and their surroundings. This series aims to open up a dialogue about elements of identity and community as observed by the inhabitants themselves. The images open up the possibility for inhabitants of Ciudad Azteca to reimagine their relationship with their neighborhood, their neighbors and their notion of belonging to the community.

Appropriation has been a latent issue for at least 50 years in Mexico; the citizen or user seeks to meet a need and modifies the space to satisfy it. There is no better example than the homes of Azteca’s inhabitants. The intention through the elaboration of a typological register of housing, is to highlight the changes that multiple generations have made to the inside and outside of their living spaces. One of the main issues that has prompted modifications is insecurity; Ciudad Azteca is a red dot on the map to which neighbors have responded with permanent installations inside their homes, on façades or even on public roads. 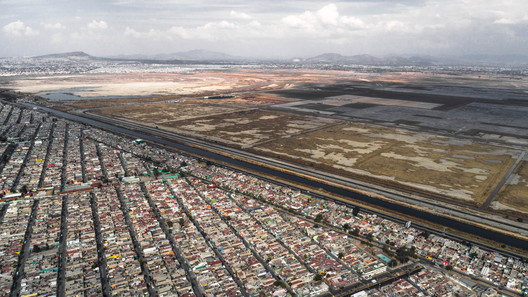