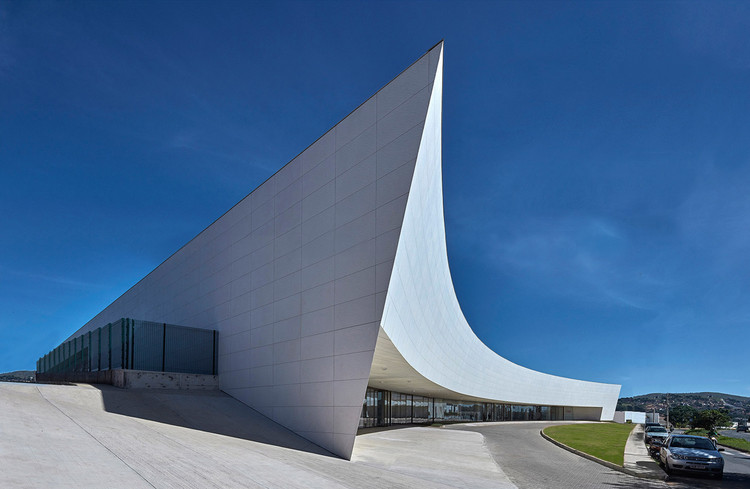 Text description provided by the architects. To the extensive and varied repertoire of accumulated works, spanning over more than four decades, the Gustavo Penna office added in the first end of 2015 the second school by the Zerrenner foundation, a nonprofit, co-manager of Ambev in Brazil.

Newly constructed, the institution is located in Sete Lagoas, about 70 kilometers from Belo Horizonte.

The school is built on a large plot on Cornelio Viana Avenue, at the outskirts of the city, with the landscape of the Santa Helena mountain range at its background. The land and its surroundings are set in a rural area and its current resident population is predominantly of low income. Without wishing to alter the profile of the residents the environment undergoes positive transformation, due, at least in part, to the architecture of the new educational, sports and cultural complex. Behind this transformative capacity is the idea that different activities can coexist in harmony. In this sense, the project is very significant and, therefore, was designed as a grand single gesture, "which invites and welcomes," said Penna.

Viewed from the Avenue, the complex is defined by a large curved portico, which catalyzes the welcoming greetings.  It is forms by a metal structure with mineral coating plates. Extending parallel to the avenue, this element indicates the access and articulates internally the main volumes. Two secondary accesses serve the staff of the institution, leading from the parking areas at the edges of the lot. A loading/ unloading area is also located within the parking area.

The complex consists of 3 blocks: Elementary School and Secondary to the south, Technical School to the north. At the center is the block of the auditorium and gymnasium, enabling external and internal functions. The distribution of volumes respects the north-south orientation, favorable for educational use. In addition, its hollowed forms are permeable to the winds of the region, benefiting the thermal comfort. The entire project was designed in a standardized and rational manner in order to facilitate its implementation with greater efficiency in the construction process.

At the heart of the school’s grounds a large square unites the three blocks. Different uses coexist in it: on one hand, along its south and north edges are the institutional areas; on the other, its eastern and western are dedicated to sports facilities. Landscaping elements in the square define its subareas. A large water tower, doubling as a clock tower, crowns the space, creating an element of strong image: reference point for the school and city.

The block hosting the elementary and middle school extends parallel to "A" street and consists of two floors. On the ground floor, a large balcony opens multiple possibilities of living and use; through it the square’s landscape continues.
This great pilotis is punctuated by clusters of generous green vertical nuclei, allowing direct and clear access to the various parts of the building. Distributed along these elements are the service spaces, pedagogical framework and classrooms for special subject. A restaurant open area is located at the end of this first block, functioning as a pivot point between it and the open sports courts. On the second floor are the classrooms (32 to 40 students each) and support areas.

The second of the blocks, located on the north, consists of the technical education section; it is perpendicular to the Prof. Alfredo Valadares Street and has a functional and formal configuration similar to that of elementary school’s block.

The ground floor houses the library and the entire administrative sector. The second floor contains 10 classrooms, with 35 students per class, and support areas.

The third and central block houses the auditorium and the gym. More solemn and monumental in its form, it opens the school to a wider audience. it allows an access independent of the school.

The auditorium foyer is visible from Cornelio Viana Avenue. From this generous space, one has access to an auditorium of 600 seats with a mezzanine. A cafe located on the mezzanine welcomes visitors and generates an extra living space.

At its back, this block houses a gym for 1000 people. Facing the central square, its rear facade, composed of large sliding doors, allows the connection between interior and exterior. A temporal stage can be located at this facade, expanding the possibilities of using these spaces. Ventilation is provided by means of a hot air outlet at the top along the portal. A sense of a general continuity is enhanced by the building’s light envelope, consisting of panels of horizontal metal blinds. They also contribute to reducing the temperature through shading and channeling of winds.

In total, the building area is approximately 19,000 m² with an occupancy rate of about 35% of the lot’s total area. There liberates over 8,000 square meters of green area; the area unbuilt area and institutional area thas correspond to more than 7,000 m². When fully occupied, the school can serve more than 2500 students. The auditorium has a capacity for 450 people and the gym, for up to a thousand.
Opened for use in 2016, the building starts its function as an institution on knowledge and social improvement. 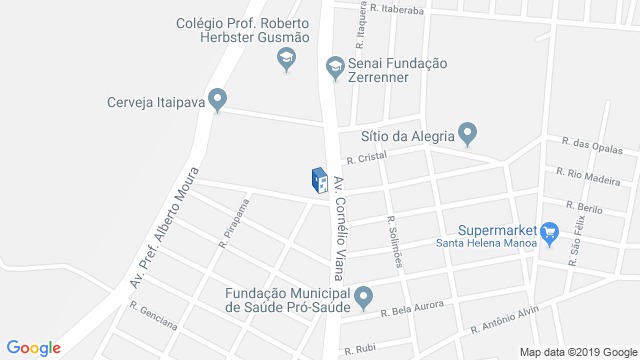