Save
Kevin Roche, Celebrated Designer of Post-War America, Passes away at 96
Share
Or
Copy 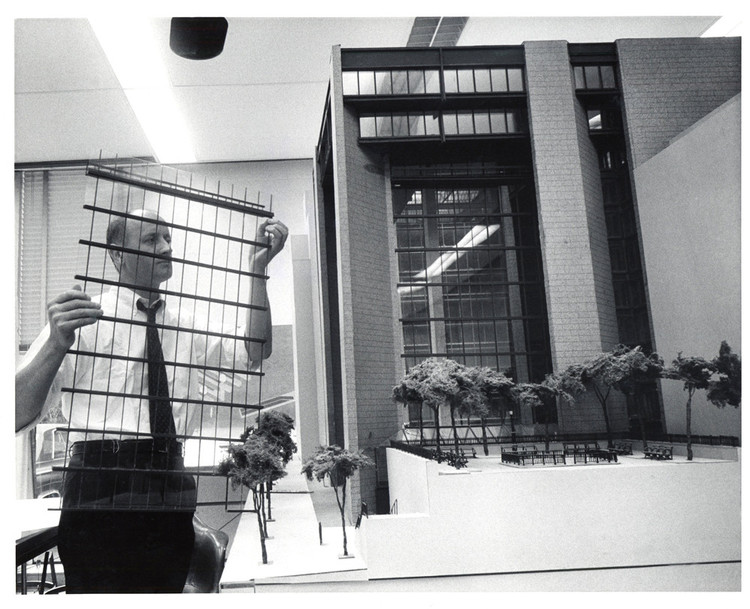 Roche grew to prominence with his refined but boundary-pushing works in late 20th century America, including the Ford Foundation Headquarters, the Oakland Museum, and the Metropolitan Museum of Art's Lehman Wing. In the citation of his 1982 Pritzker Prize, the jury said “...he is no easy man to describe: an innovator who does not worship innovation for itself, a professional unconcerned with trends, a quiet humble man who conceives and executes great works, a generous man of strictest standards for his own work.” He was well regarded among his clients and colleagues alike for his soft-spoken authority and generous spirit.

Roche, born Eamonn Kevin Roche in Dublin, completed his undergraduate studies at University College Dublin’s School of Architecture in 1945, moving to London for work shortly afterward. He moved again in 1948, this time to Chicago where did his postgraduate studies in architecture at the Illinois Institute of Technology (at the time still under the leadership of founder Mies van der Rohe.)

He joined the then still emerging office of Eero Saarinen in Detroit in 1950, where he rapidly became the legendary designer’s protege and trusted colleague. Saarinen rise to national fame with projects such as the Gateway Arch in St.Louis and the TWA Terminal in New York was aided in large part due to Kevin Roche who, with colleague and future business partner John Dinkeloo, completed many of Saarinen's works upon his untimely death in 1961.

Roche’s own works are less easily characterized than those of his mentor; they bear no particular formal relationship nor do they betray conceptual fixations. Said the Pritzker jury: “In this mercurial age, when our fashions swing overnight from the severe to the ornate, from contempt for the past to nostalgia for imagined times that never were, Kevin Roche’s formidable body of work sometimes intersects fashion, sometimes lags fashion, and more often makes fashion.”

Perhaps nowhere is this more true than in Roche’s design for the Met’s Lehman wing, a spectacular gallery whose glass walls and ceiling exemplify the museum’s early mission to be at one with the surrounding Central Park. The space also hosts the Costume Institute’s Met Gala each year, fashion’s fabled and most exclusive event.

He is also known for the College Life Insurance Company Headquarters in Indianapolis, the Knights of Columbus building, the headquarters of Unicef, the Central Park Zoo and the Museum of Jewish Heritage.

Roche’s work earned him numerous awards, among them the Pritzker, the AIA Gold Medal, and the American Academy of Arts and Letters Gold Medal. “A modest and compassionate man, he will be remembered enduringly for his contributions to the field of architecture and for his great humanity,” said his office in a statement. “As we mourn his passing, we remember the final remarks he gave in his Pritzker Prize acceptance speech: ‘We should, all of us, bend our will to create a civilization in which we can live at peace with nature and each other. To build well is an act of peace. Let us hope that it will not be in vain.”

Known for his progressive aesthetics and vast body of work, 1982 Pritzker Prize laureate Kevin Roche (born June 14, 1922) has headed numerous projects of varying program and scale as the design principal of his firm Kevin Roche John Dinkeloo and Associates. In 1980, his firm was described by critic C.

About twenty years after the last documentary on Kevin Roche was released, London-based film company Wavelength Pictures will produce an updated look at the life and work of the Pritzker Prize-winning architect, with a section of the film focusing on his projects in Columbus, Indiana, reports local paper The Republic. 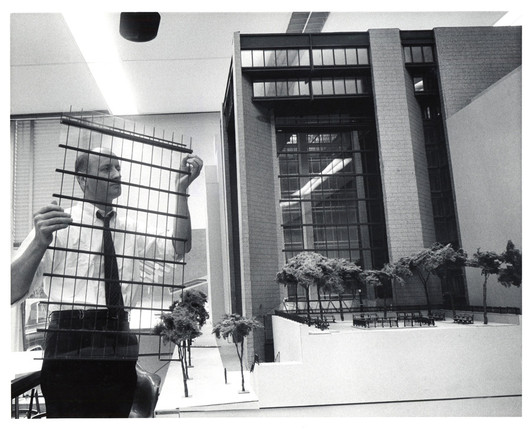