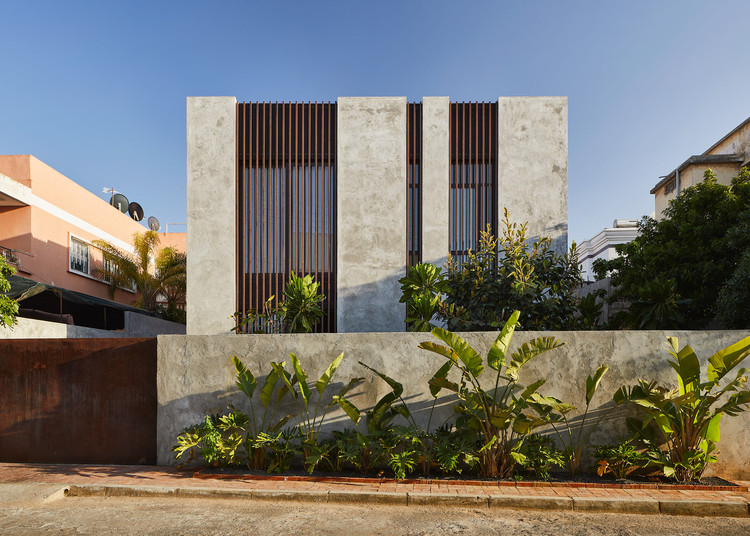 Text description provided by the architects. Casablanca, the economic capital of Morocco, is a hyperactive and chaotic city of nearly 5 million inhabitants where cars are steadily replacing trees. When designing a home for my family, I had in mind the idea of a quiet place away from chaos, a fortress against the constant agitation of everyday life.

Gradually, this idea was nourished by the image of the Riad, this typical Arab-Andalusian house modestly closed off from the public and open in its center on a planted patio. Source of light and fresh air, the patio is also a peaceful and luminous counterbalance of the narrow streets typical of the ancient Medinas.

Located in the heart of Oasis, a residential neighborhood relatively close to the city center, the land plot that was to receive Villa LM did not allow for the architectural typology of a Riad; comprised notably of a dense, pedestrian urban fabric dating before the advent of the automobile.

It was then necessary to adapt the intimate essence of the Riad to a modern typology inherited from the French protectorate, namely a town house with a garden around the periphery: the exact opposite of the riad. Thus was born this house conceived as a protective bunker in the middle of a shield of greenery. 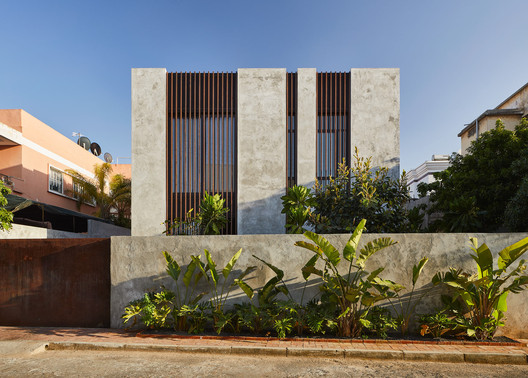