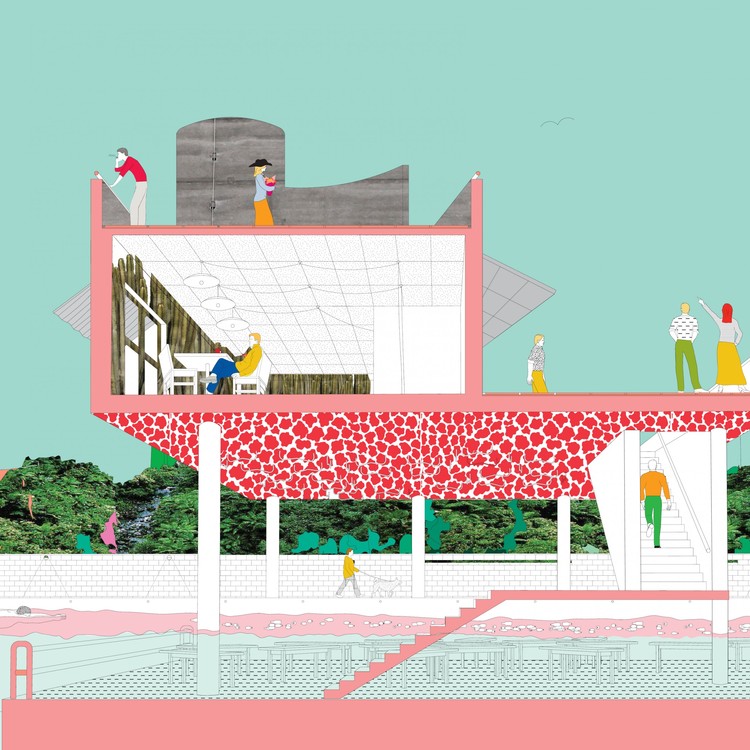 The human figure is fundamental in order to understand scale in illustrations, hyper-realistic renders, collages and three-dimensional representations. However, it often seems to be one of the last elements to be incorporated, when it should be a thoughtful decision, intrinsically related to the project. What do human figures transmit beyond the scale of a project?

In orthogonal architectural representations, these figures act as a clear and simple indicator of the proportions of a space. Given its familiarity, the comparison of architecture with our bodies becomes a quite automatic response. We associate the dimensions of our body with those of the represented figures, allowing us to intuitively perceive the dimensions of space. In perspective, by incorporating a third dimension, the figures assume a new role of adding depth to the representation.

On the other hand, the use of the human figure allows us to transmit ideas about how space is conceived; it also highlights contents, indicate tasks, proposed uses, functional characteristics or even user profiles. The figures then act as polysemic elements, which in addition to scale and depth, use the communicative nature of the architectural representation to transmit other ideas.

In many cases, the human figure is one of the last elements to be incorporated into the illustrations. For this reason, they end up being no more than scalar reference elements. It is clear that we need to consciously choose and consider the implications of each placed figure. It becomes necessary, given their communicative power, that the architect interpellates the figures with that which he wants to convey: who is he using? What are they doing what? With what technique or aesthetics will it be represented?

Through the renewed use of photomontage and illustration techniques, the possibilities for the incorporation of the human figure have been broadened. In this sense, digitally generated abstractions represent an important contribution. We have variations such as flat figures with solid colors, hand-drawn silhouettes or digital collages.

In many projects, the human figure is used to bring to life unreal or utopian scenes. Temporary dissociations appear between the building and the public that inhabits it; the actual use of the building is not related at all to the proposed figures, or even figures of famous characters are chosen. By further expanding the diversity of represented characters, minorities that previously were ignored are also portrayed. Aspects such as ethnicity, culture or religion are captured through the use of diverse figures that also act as a manifesto and acquire a great deal of communicative force. 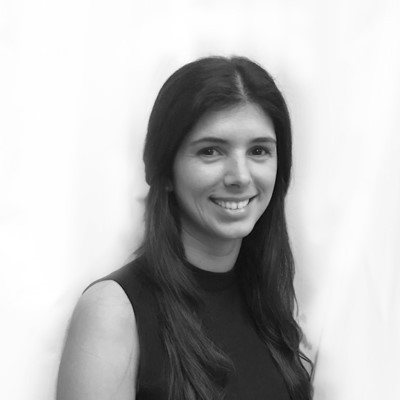 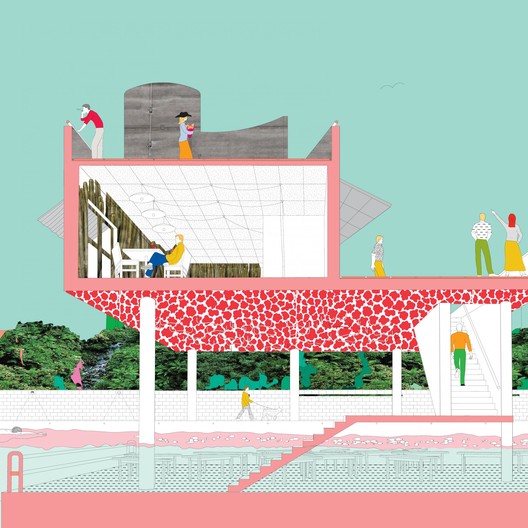