Confrontation and adaptation
The Suzhou technology and science town adopts a highly efficient model where the land is subdivided into a grid of various natures with similar urban scales. Our proposal here takes advantage of the existing constraints and leverages the maximum value from the natural surroundings - Confronting both the tight city grid and the grand nature nearby, one side of the site is edged by the lush nature such as canals, wetlands and mountains. The opposite edge of the site is facing a highly artificial environment filled with high density apartment towers.

Under a tight site condition with complex surrounding conditions and requirement for a high density (FAR: 1.5), we seek to mediate between these seemingly conflicting situations, strike a balance that works with the existing site and grasp the confrontational quality between the city and nature while reconciling the resistance towards current exam-oriented pedagogy.

Continuity and Evolution
The traditional academy is not only a place for knowledge, but also as a physical presence which witnesses our evolution in history and transmission of culture.

The design of Suzhou Experimental Primary School reinterprets an integration of traditional culture of Suzhou academies and contemporary ideals in education. While the contemporary education advocates the upbringing of all-rounded students with a commitment to introduce sufficient pedagogical knowledge, it also aims at simulating a miniature of society for nourishing the younger generations. We suggested a proactive yet harmonious vertical academy to reinvent the traditional typology of education architecture.

Grouping and categorizing various functions of the school, we form 3 rather distinct courtyards by clustering standardized classroom units. These standardized units require a maximization of efficiency in layout with sufficient separation between them. Within an autonomy of grid system, every classroom fulfilling the basic educational purposes is located on the western edge of the site with an interface juxtaposing the city. These courtyards form an urban oasis within the neighboring clusters of high-rises in the new town. Also the offices for teaching staff, administration, auditorium, library, classrooms for elective courses, outdoor playground and canteen all have different area, form and massing requirements. A terracing form creates setbacks and creates groupings of multiple functions, which is arranged along the eastern edge nearby nature. The terraces form 4 groups from south to north and face the eastern mountains acting as an architectural response.

The outdoor playground is situated on the east of the site establishing an interestingdialogue with the setbacks of the architecture. More than a response, it is more like a form of respect. Also, we also connect the spaces between the east and west through a spine of communal spaces. This communal spine not only links up the entire school along the north south direction, but also acts as a buffer zone to mediate between the standardized classrooms and interactive experience spaces. While the communal spine tapers down from the south to the north, the main entrance is located at the southern side defined by a 4-story tall atrium with an abundance of natural light. Grand stairs institutionalize the act of entering the school and lead people up to the second story. The north of the entry atrium is a formal extension of the topographical change of the auditorium and possesses a semi-outdoor theatre which features punctures of irregular skylights. All these spatial settings instigate a milieu for a constructive dialogue between the students and teachers. Towards the northern end, there is a multi-layered system of spacious footbridges connecting the spaces along the east-west direction.

Internal courtyard and external quad
The courtyard carries a symbolic meaning in traditional Chinese architecture, which confining 4 sides with views opened up to the sky. While the courtyard has a strong sense of verticality, it is effective to fence off the undesirable hustle and bustle of the city and render an absolutely quiet environment for students to learn and think. The sunshine after school is also perfect for having leisure time or doing school work in the courtyard.

The organically arranged setbacks are a 3-dimensional interpretation of the complex Jiang Nan garden spaces. Through the introduction of communal spaces in the vertical dimension and the horizontally extended podium facing nature, the design creates a garden experience within a tight constraint of land in the dense metropolis.

Compact and loose
Leaving room for tackling challenges of the outdoor activity spaces, the educational courtyards, the socially vibrant activity spaces and the communal spine form the 3 main components of the design. The compact arrangement of the teaching units compiles with code requirements and leaves more room for flexibility and adaptability in the remaining spaces. Theentire architecture extends to both the city and nature while the outdoor playground acts as an in-between mediator. The circulation spine is frequently in use while new paths and undefined activity spaces are yet to be explored by the users.

The circulation system extends and merges into a loosely organized portion on one end. The system bleeds into an ambiguous terrain which allows more flexibility and expansibility.

Preaching and teaching
Vertical academy is a viable mean to supplement what existing educational spaces lack. Not only does our design leverage comfort and flexibility that works well with educational purpose, it also offers possibilities for student to socialize and gain wisdom from various forms other than books.

In the Suzhou Experimental Primary School, the social component is reinforced by a circulation space that wraps around it. This makes all the units accessible and triggers a variety of activities happening in these spaces. There is an abundant amount of social space introduced into the scheme. It not only fulfils the educational requirements, but also establishes a vibrancy within the campus. Our intention is not to see the student as mere users of the campus, but a part of the greater unity. Various depths and proportions of spaces allow a varying degree of privacy in space. The openness and flexibility of the outdoor playground and theatre serve as an important key to trigger student’s creativity and imagination both spatially and programmatically. The library provides spaces for solitude and gathering so that students could enjoy a moment of silence to read and think. Through the collision of different thoughts and ideas, children immerse themselves within an organic arrangement of garden settings.

Conclusion
In recent site visit, we are pleased to see that the podiums facing the mountains were designed to have themes by the young teachers there. Like the school farm or bazaar are all uses that the design leverages. We hope various open spaces would trigger possibilities that exceed our imagination and nourish the children with great memories to be remembered for life. 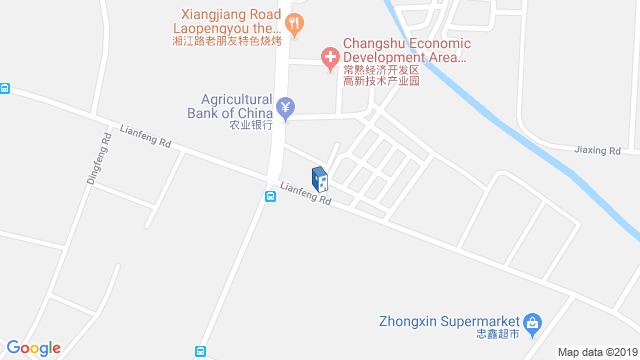 Location to be used only as a reference. It could indicate city/country but not exact address.
Share
Or
Copy
About this office
Atelier Z+
Office
•••
Dplus Studio
Office
••• 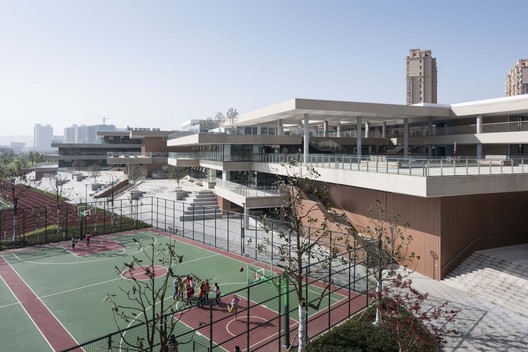