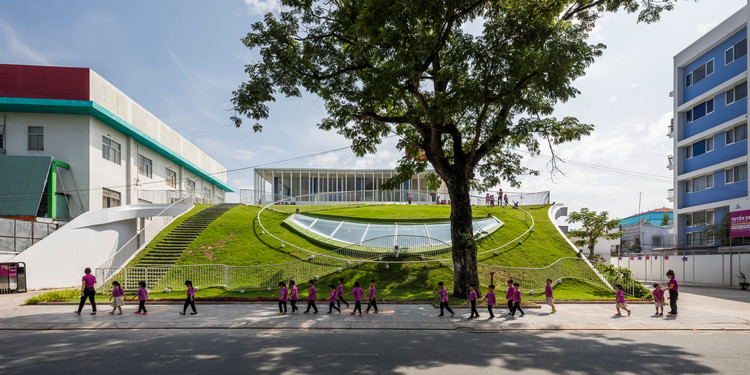 Text description provided by the architects. We always have a strong regard for context as an important influencer in the process of building creation, and that in return, a built project will have an impactful contribution to the built environment it inhabits. The peaceful atmosphere realized at TTC Elite Ben Tre kindergarten is a positive contribution to the value of architecture integrating people, nature, and the generous culture of Ben Tre. Bao peninsula is characterized by a temperate climate, and is one of the alluvial plain of the beautiful Cuu Long River.

To endorse the sublime beauty of this land, we implement principles from traditional Vietnamese architectural language, which typically consist of an open plan clearly delineated by horizontal planes in its section to infuse the architecture into a larger ecological context. The forming of such spaces hints toward the implications of what and how a children-oriented educational campus should be. Children should easily have the freedom to express, explore and learn in a playful environment that bring out the best in them.

In figurative sense, the kindergarten comparts of two separate masses, a sloping hill form and a geometrical mass situates above the hill, offering flexible spaces for physical and artistic activities with an unending field of view of the city. The spaces below, namely “the hill”, serve as classrooms linked by a large multi-purpose hall is a central component of the kindergarten, allowing various educational activities to take place both on a daily basis, and on special occasions.

Within this versatile space is a large landscape playground that pleasantly open up to the elements creating an ideal place for parents and kids to interact with each other throughout the day. Ben Tre is a relatively flat region within the Cuu Long delta. In its immediate context, the image of the hill offers a refreshing architectural aesthetic for the city. As it faces the Truc Giang lake, the campus gradually alters the city’s existing urban fabric by sloping upward toward the rectangular mass, establishing a lively visual connection between the local residents and the kids playing on the hill.

In its presence, the hill is the corner stone that help found the architectural identity of the school. It was conceived as a place that juggle the senses and tickle the curiosity inside each kids, leaving them wondering and anticipating of what excitement is awaiting them beyond the hill. 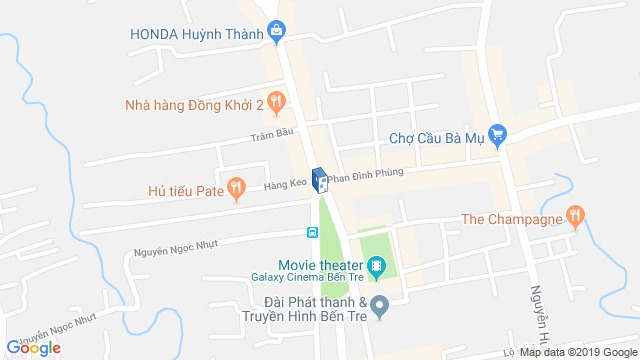 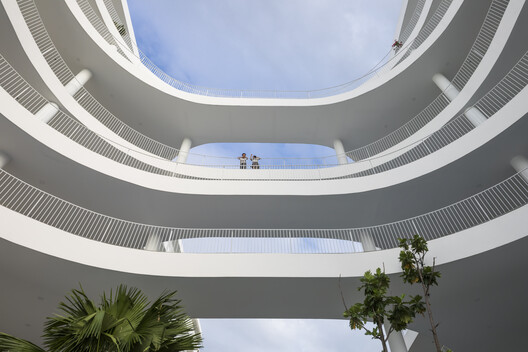 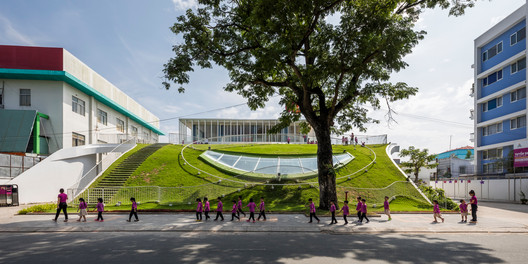