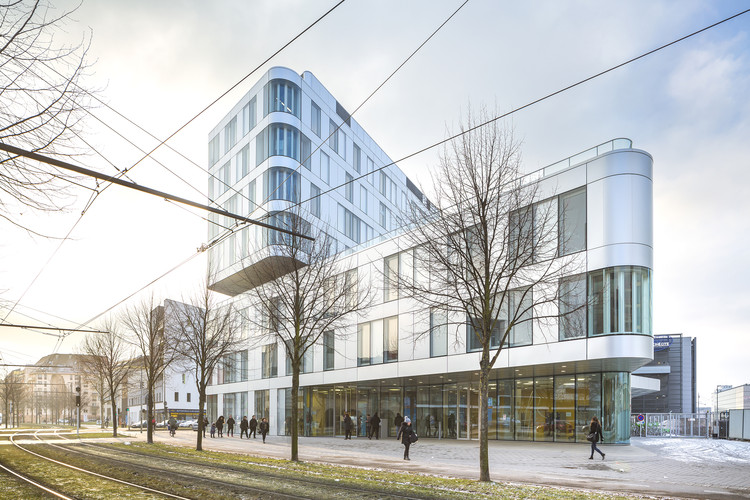 Text description provided by the architects. The project’s configuration takes into account the urban, functional, and symbolic constraints of the program: the constructed mass of the project distinguishes it at the angle formed by the route du Rhin and the rue Edmond Michelet.

Teaching areas extend horizontally around the inner courtyard, characterized by the large classrooms that attract large audiences, who as a result are required to move about in groups to the rhythm of the classroom schedule.

Just as in an actual school, this part of the building requires clear organization, strongly delineated points of reference, hallways and passageways of appropriate dimension, and a large amount of accessibility.

The second volume, consisting of four levels, hangs over the first and distinguishes our building on the city block’s angle. This section is dedicated exclusively to office functions. The characteristics of this “small tower” are generic for an office building: open and adaptable floor spaces, serviced by two enclosed staircases and two elevators.

We made sure that these two different volumes and scales combined successfully into a coherent urban whole, in which more domestic elements can be found: patio, terrace, open staircase. 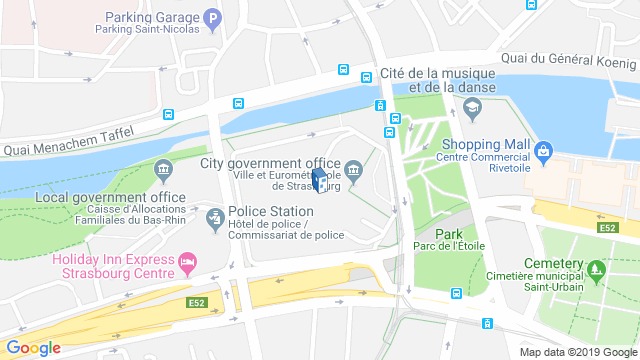 Location to be used only as a reference. It could indicate city/country but not exact address.
Share
Or
Copy
About this office
AZC Architectes
Office
•••
Michel Spitz
Office
••• 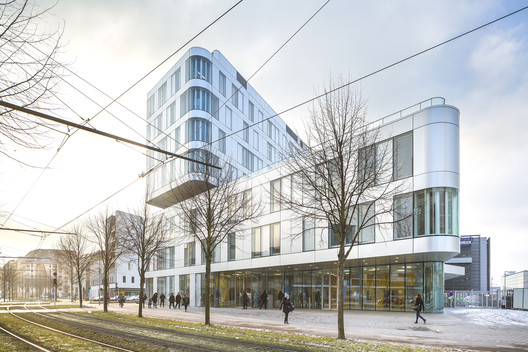