Turkish practice Melike Altınışık Architects (MAA) has won an international competition for the design of a Robot Science Museum in Seoul, South Korea. Hosted by the Seoul Metropolitan Government, the competition called for a “world first” museum to support public education in robotics, and increase public interest in robots.

The principles of robotics, science, technology, and innovation have shaped all aspects of the scheme’s design, from form and structure to material and operation. The main character of the museum is to “create its own universe for robots and their visitors,” manifesting as a non-directional, fluid, spherical structure. 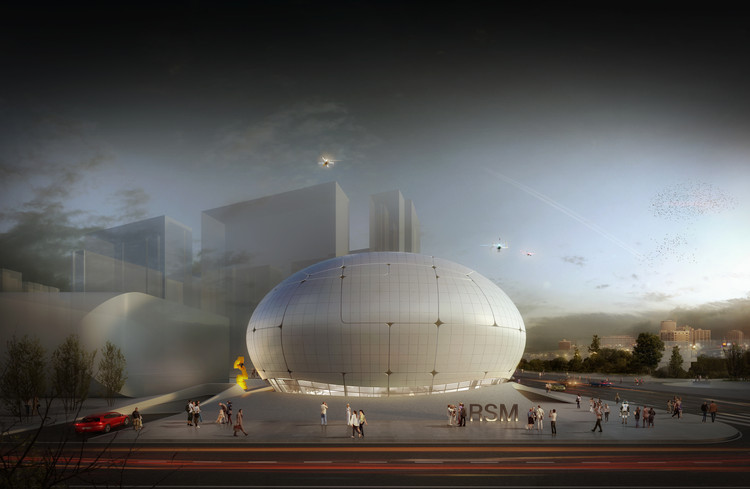 When completed, the scheme will sit alongside a Photographic Art Museum, both located within the Changbai New Economic Center, a future cultural center for Chang-dong in the northern part of the South Korean capital. The scheme’s non-directional spherical form has been conceived as a design tool to create a wide range of possibilities for connection with public spaces, as well as accommodating functional requirements and conditions for spatial comfort.

The scheme serves as a base for spreading scientific culture, allowing visitors to experience the latest robotic technologies including AI, virtual and augmented reality, and holograms. The design of the museum is therefore focused on developing an architectural language to reflect cutting-edge fabrication technologies, and robotic construction methodologies. Robots will assemble the museum’s curved metal façade, directed by BIM systems to mold, assemble, weld, and polish the metal plates. Meanwhile, another team of robots will 3D print concrete elements for the surrounding landscape. This semi-automated construction process, therefore, creates continuity within the museum between robots for construction, robots for service, and robots for exhibition.

The new Robot Science Museum (RSM) which plays a catalytic role in advancing and promoting science, technology, and innovation throughout society is not only going to exhibit robots but actually from design, manufacturing to construction and services robots will be in charge. In other words, RSM will start its ‘first exhibition’ with ‘its own construction’ by robots on site.
-Melike Altınışık

Construction of the museum is expected to begin in early 2020, with completion and the official opening earmarked for late 2022. When opened, the scheme will be operated as a branch of the Seoul Metropolitan Museum.

Recently, robotics featured heavily in ArchDaily's "Trends that Will Influence Architecture in 2019" both in the construction industry, and in the everyday life of building operations. 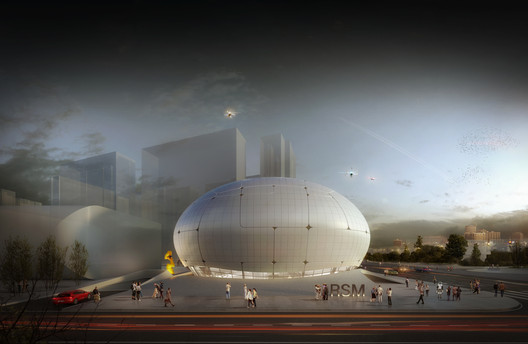