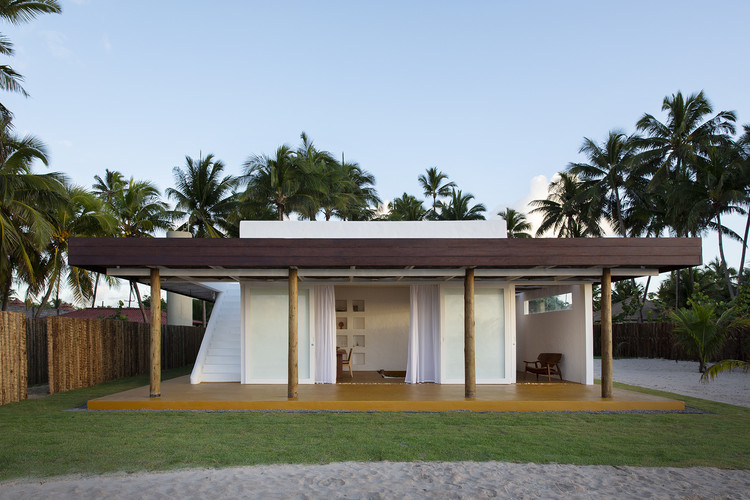 "It's the sun on the belly with a million rays. The rest is nothing. It is only for this reason that Matisse is Matisse - because he carries the sun in his belly. And it is also the reason why, from time to time, something happens, the work that is created is a kind of diary ". (Pablo Picasso - Tériade, 1932)

A large yellow slab encircled by a porch was the element that guided the intimate design of the Casas Cupe, located in an old coconut farm in the region of Pontal do Cupe, Pernambuco, northeastern Brazil. A project that materializes sensations and seeks more harmonious forms of construction with nature. The summer houses were conceived in a region of limited access of materials and technologies counting on total localism in the processes of execution and in the choice of materials.

The team was formed mostly by workers from close communities, including fishermen's children. For some of them, there was their first time working with materials such as concrete and cement, proving that innovative and sustainable projects with technical and constructive rigor, can also be simple.

The infrastructure equipment part was hidden from almost any point of view, due to the careful positioning of a terrace and the natural angulation of the roof, creating a gazebo with a frontal view of the ocean. Maintaining the choice of materials that generate less environmental impact was the premise of the project: part of the house structure designed in eucalyptus and certified wood, reduces the impact of carbon dioxide emission and energy expenditure in the process.

The walls were whitewashed, a process that uses a natural input resulting from the transformation of calcium carbonate rocks, naturally endowed with a deep fungicidal action without toxic elements and, to allow the "breathing" of the surfaces, acts as a true antidote against the humidity.

The lining is fully ripened by reuse of twigs to create an ephemeral effect between light and space. The furniture of Sergio Rodrigues and artisans of the Cariri Fair (traditional fair of the Northeast) filled the house with essential objects and with symbolic value. 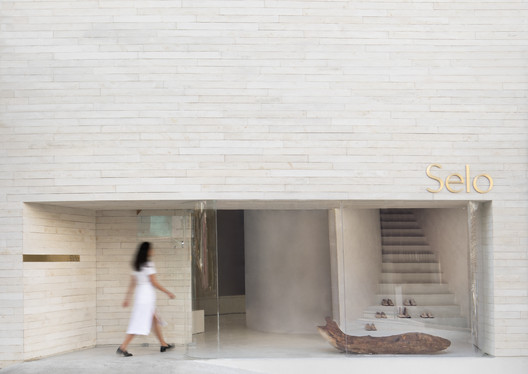 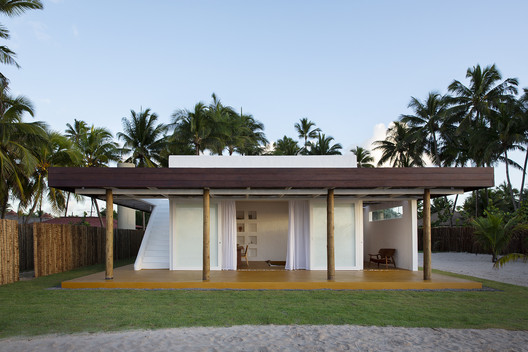