Danish practice COBE Architects have broken ground on a new mixed-use development along Bremen Harbor in northwest Germany. Titled Europahafenkopf, the project aims to transform the city's industrial port to a new city quarter. The design includes four buildings housing residences, offices, commercial space, and a car park. Located at the end of the harbor, the project was made to connect the historical city core with Bremen’s new neighborhood. 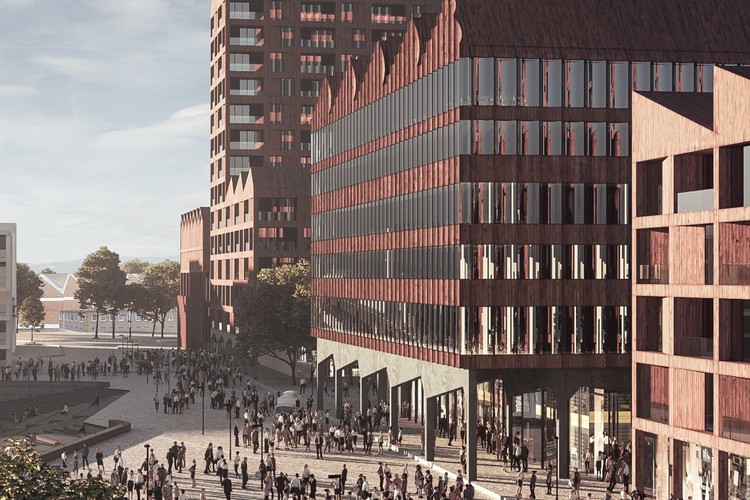 The buildings feature a series of halls on the ground floor that invite passers-by in with a wide range of public functions. Housing and offices are placed on top of the halls which encircle courtyards below. The four buildings each have their own character, but use color, details and materials to establish a coherent identity. Mobilitäts Haus is a red metal car park that connects to the two red brick residential towers, Lofthaus Nord and Lofthaus Süd, as well as Zechhaus, a red concrete office building.

As Dan Stubbergaard, founder of COBE has said, "Our vision for the Europahafenkopf development is to create a place that celebrates Bremen’s historical city core with its unique renaissance buildings and combines it with the silos and warehouses of the industrial port. We drew inspiration from the two city quarters in terms of scale, material expression, detailing and design and then reinterpreted these features architecturally."

Europahafenkopf is backed by the Gustav Zech foundation, and completion is schedule for 2021. 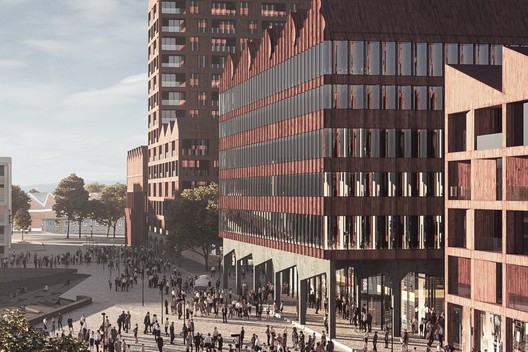