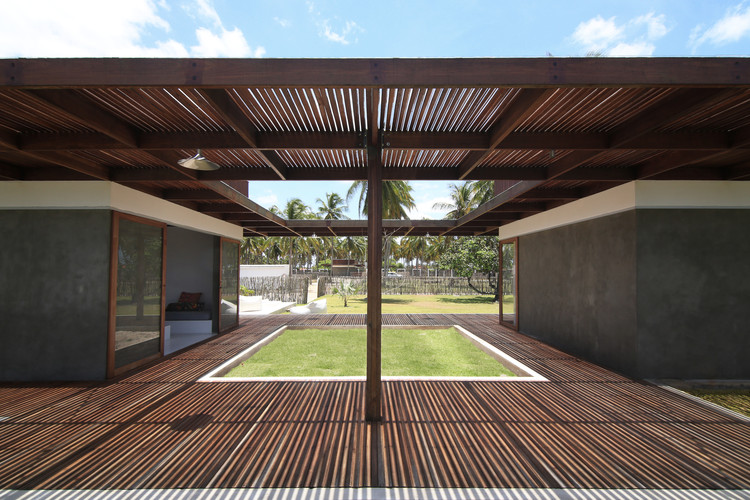 Text description provided by the architects. Inside the Condominium Cot-Duá and following the same architectonical idea from the Casa Veranda, a series of houses are built and reproduced during the following years.

The Casa Cot-Duá consists of four independent volumes, aligned in the same direction, bound together by a single breathable and light roof, specially designed to allow natural ventilation and micro-climate controlled environment, while creating a fascinating play of light and shadow.

The main idea is to create a front garden and a back garden, for day and night. The house welcomes the surrounding palm trees and the private pool facing the sunset, which the living area and the master suite overlook.

There is no distinction between inner and outer. Here the wooden panels are filled with glass, and a thick fabric curtains (a marine waterproof canvas, breathable and highly durable, traditionally used for the sails of local fishing boats). They open widely to enjoy the house as a large open space of over 360 square meters adjustably shaded according to need.