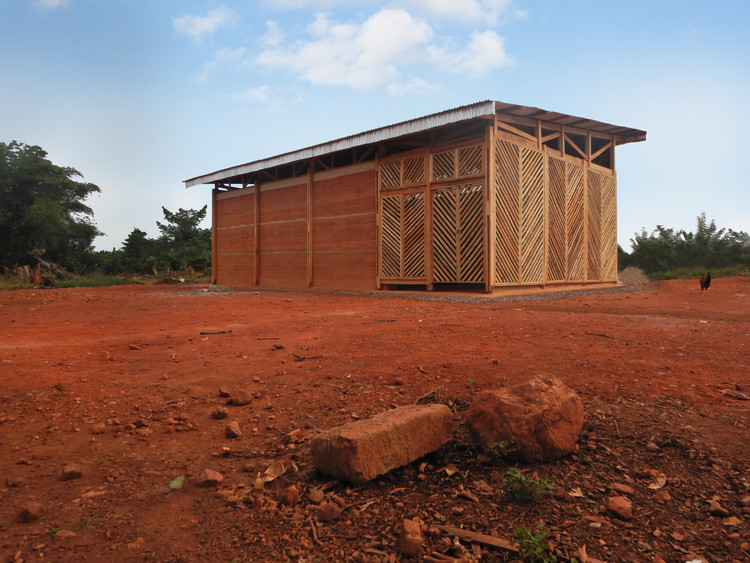 Text description provided by the architects. Kalì is a no-profit project which led to the construction of a junior high school classroom in the rural village of Okorase (Ashanti Region, Ghana). A group of 20 international volunteers worked 3 months with the local manpower to build a sustainable raw earth and wood unit, designed by Irene Librando and Nadia Peruggi. The project won the “Reinventing the African Mud House” design-build challenge by Nka foundation and was realized in between September and December 2018 with a budget of 9000 euros.

Traditional architecture in sub-Saharan Africa has always been based on local materials such as earth, wood, thatch. It is a great symbol of sustainability and traditions, but it is slowly disappearing  because seen, even between local populations, as poor and obsolete. Indeed more and more often “modern” designs and industrial materials are taking place in the uncontrolled urban speculation that a lot of sub-Saharan countries are suffering, in a way that is not environmentally and economically suitable to these places.

That’s why the main target of Nka foundation is to give a new role to raw earth constructions permitting young designers to interpret vernacular architecture in an innovative way.  The idea is to re-design traditional buildings in order to demonstrate that local techniques, like raw earth ones, are still the best way to build in terms of economy and sustainability. Our goal has been to collaborate with the local community to let them realize that an harmonious union between traditional techniques and improving ideas can be the best solution to build a performant and long lasting construction.

This has been especially relevant in Okorase, where Nka started to collaborate with the local NGO RADeF to build the spaces needed for a junior high school. We are in a village where kids had to walk 9 kilometres everyday under sun or rain to continue school after the primary one, so where most of them have preferred going to work in cocoa plantations instead of keep studying.

After eight months during which we fundraised 9000 euros and gathered a group of international volunteers, we arrived in Ghana and, with some workers specialized in raw earth construction techniques, in 90 days built a classroom of 66 m2 for the children of Okorase, using 133 m3 of red earth and 3 km of wood, respectively rammed and planed by hands since electricity wasn’t available.

One of the most important art forms in Ghana is the production of colourful fabrics, used mostly for traditional clothing.  We based our design on the typical woven fabric, thinking of a space that is modular and can provide a graduated shade.

Three quarters of the length of the classroom are defined by two rammed earth walls, 3 meters high and 8 meters long, and accommodates the student desks, while the front is completely made in wood, in order to get an illuminated space for the blackboard, which can be modulated by a series of tents, made from traditional wax fabrics.

The earth walls together with the lifted roof and the wooden screens not only generate the space of classroom, but are crucially important for its microclimate. Whether we are in the rainy of dry season, the temperatures in the Ashanti region oscillate between 20 and 40 degrees Celsius , and letting the kids study in a space that is still fresh in the hottest hours of the day is extremely important for their concentration.

The walls absorb solar light preventing the inside space to get too hot, and the wooden screens permit natural ventilation to have its course by letting enter cold air in the lower part of the building while the lifted roof lets the hot air outside, in the spaces between the trusses. Under the roof, it has been also added a layer of handmade thatch mats, that helps insulate the space from the iron sheets used to cover the classroom.

Finally, we also aimed to find innovative ways to use the waste that cannot be recycled in the village. That was accomplished together with our volunteers, which collected more than 3000 plastic bags (the one used in Ghana to drink water and that usually end up being burned), washed and used them to make some screens for the side of the building (in between the trusses) and also a volleyball net for the elementary school.

The result is a space that in its simplicity meets the functional needs of the school, being modern and at the same time autochthonous, an outcome of a give-and-take relation between volunteers and local people, that put together their skills and knowledge for the benefit of the community. 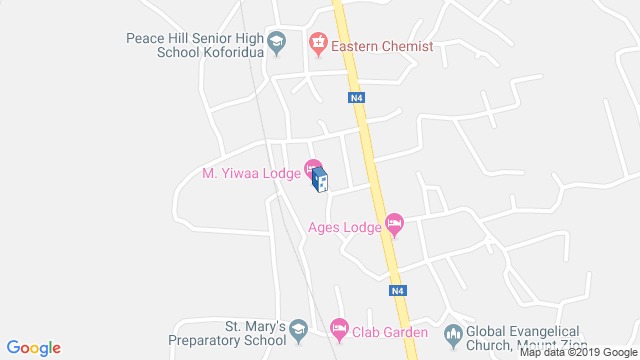 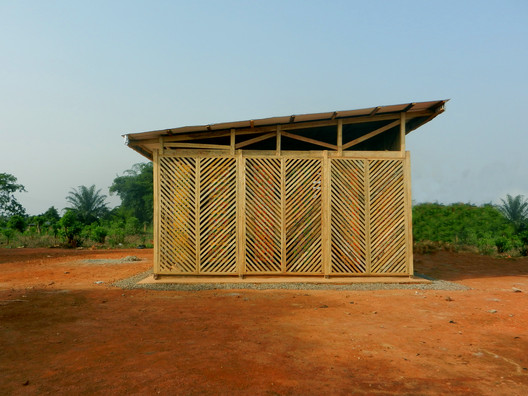