The Royal Academy has revealed the shortlist for their annual prize recognizing young talent in architecture, the Dorfman Award. The award is given to those "...reimagining the future of architecture and whose work demonstrates a high degree of sensitivity to local and global context." The 2019 shortlist comprises four emerging architects practicing across the globe.

Fernanda Canales founded her eponymous architecture firm in 2002 in Mexico City. She has worked internationally for architects such as Toyo Ito in Tokyo and Sola-Morales in Barcelona. While her practice spans from large scale architectural projects to small interventions, from public and institutional commissions to private retreats, Canales still sees each project as an opportunity to narrow the gap between what we build and where we actually want to live.

TAKA was founded in 2006 as the result of a longstanding collaboration between Alice Casey and Cian Deegan, based in Dublin, Ireland. Their local work is deeply informed by their international travel and study, particularly research undertaken as part of their respective PhD projects. The tension between vernacular and high architecture is particularly productive for TAKA and results in subtly detailed work that delivers tactile and visual impact.

Mariam Kamara grew up in Niger in West Africa, which is also where she founded her architecture and research firm atelier masōmī in 2014. In 2013, she and an international group of colleagues also formed a collective called united➃design, whose work includes projects in the US, Kamara’s native Niger, and Germany.

Born and raised in the heart of Bangkok, Boonserm Premthada founded Bangkok Project Studio in 2003. The practice celebrates the importance of craft in architecture, leading to carefully detailed projects with a deep sense of authenticity. Local construction methods and materials are crucial to Premthada’s work and his buildings, such as the Kantana Film and Animation Institute in Nakhon Pathom, often utilise the skills of local craftspeople and traditional production methods. 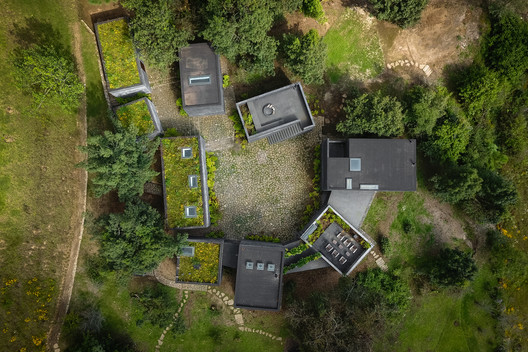