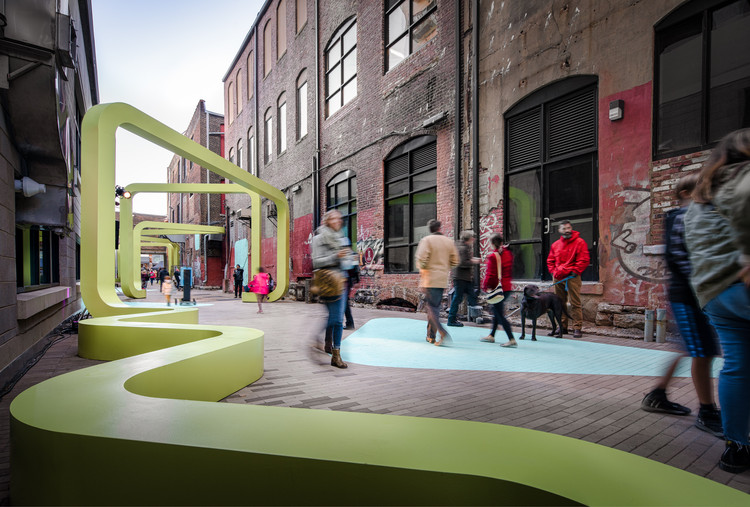 City Thread is the winner of the Passageways 2.0 international design competition to turn a formerly unused and neglected 6,200sqft alley off 7th Street in downtown Chattanooga into a vibrant public space. The project was developed by River City Company, a non-profit economic development organization, as part of their ongoing investment in the revitalization of downtown Chattanooga and was designed and built by SPORTS, the architecture and design collaboration of Greg Corso and Molly Hunker.

Situated in a city that understands how contemporary infrastructure can enhance urban life (Chattanooga is famous for investing in the first public 1-gig fiber Internet to help foster economic development), the idea of the design is to operate as an element of social infrastructure.  The project serves as a social connector where the different actors of the city can come together for both unique public programming and informal hangout.   Consisting of a 500ft continuous linear steel tube and painted graphic surfaces, the project physically connects visitors and local tenants with a single gesture while also supporting numerous programmatic possibilities and activities.  Further, the zig-zagging linear structure and graphics imply a variety of smaller spaces within the alley, breaking down the overall space into a series of more intimate spaces, or “urban rooms”.

While the project has a precise design calibrated to the contingencies and clearances of the alley, it is designed specifically to be functionally open to interpretation. By virtue of its geometry and relationship to the adjacent buildings and pedestrian access points on either side of the alley, the project possesses many potential “functions” including informal lounging/sitting, mini-stages, and movie screenings, festivals, among others. The design is intended to allow both users, tenants, and those in charge of programming activities to interpret the project and discover different ways to utilize the alley. In so doing, the project can be used widely by a diverse range of users over the years in Chattanooga, maintaining the alley as a vibrantly activated space as community and tenant needs change over time.

The large alley site was formerly a dingy, unused and disconnected space in the downtown area.   City Thread intends to generate a visually and socially vibrant space that serves the City Center community and provides a renewed sense of urban excitement and engagement between the numerous parties downtown.  The project explores the potential for small-scale, small budget, urban interventions when designed in accordance with community feedback, resourcefulness, and high economy design gestures. 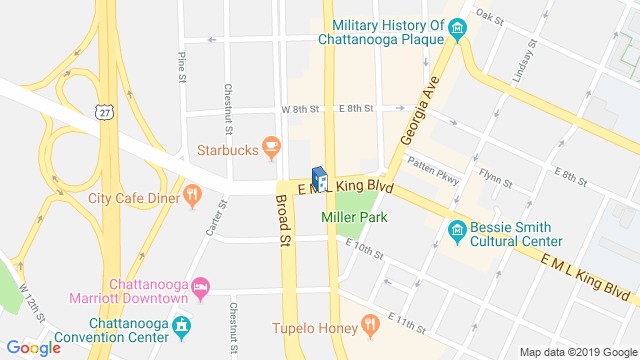 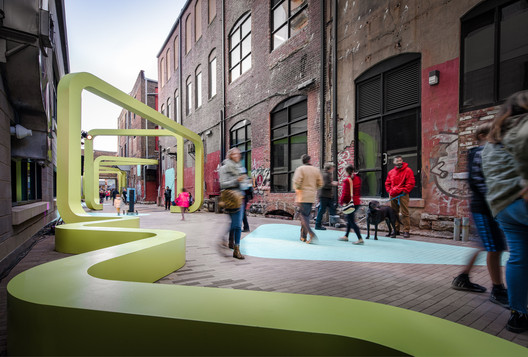