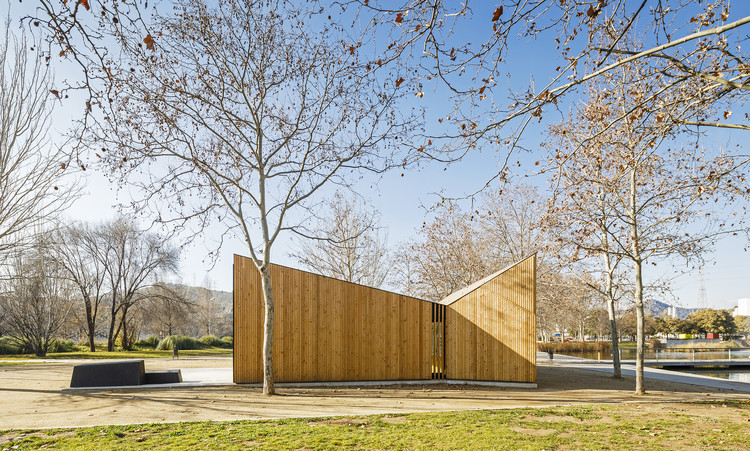 Text description provided by the architects. First talks of teachers to their disciples were made under the shelter of a tree. Thus, the tree was the first school, the first classroom. The project consists of the design and construction of a prototype module for environmental education classrooms, a learning and discovery space, to be installed in different locations of the metropolitan area of Barcelona park’s network. It is proposed that it is also a habitat for some species of animals, insects, invertebrates, birds... It must be an open space to the outside; it is necessary that one could see the trees from the classroom, to perceive the light and feel the climate.

The building is planned as a prefabricated module, flexible and as economical as possible, capable of responding to the different requirements of each municipality for environmental education. Therefore, three modules are proposed (services, classroom and pergola) that can be combined in different configurations to respond to the requests of each site or the programming of activities. For the prototype built, the service and classroom modules have been used. It can be adapted to any location and orientation and has been built with industrialized systems to optimize time and cost. Its construction, with prefabricated wooden modules, is largely carried out in the workshop. The assembly of the module on the site can be done in a few weeks.

The inverted slopes of the construction allow the installation of flat plate solar collectors and also allow the use of rainwater. This water channeled returns to the ground irrigating the vegetation planted just next to it. Some animals and plants of the park will live thanks to this small pavilion. 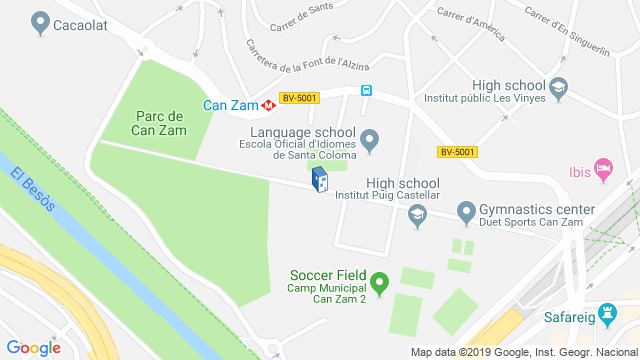 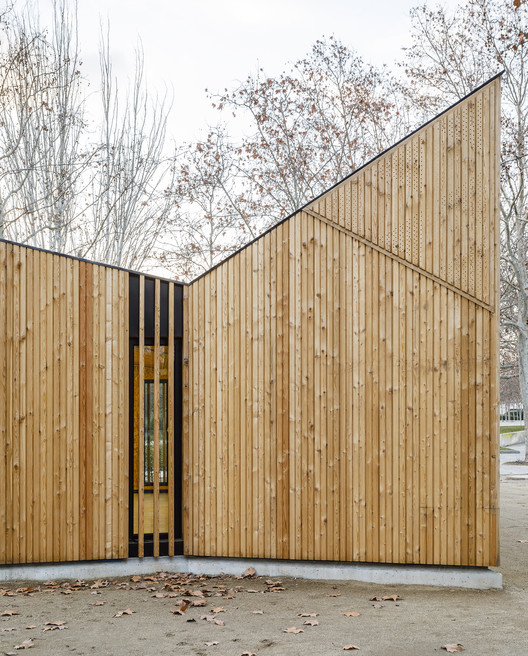