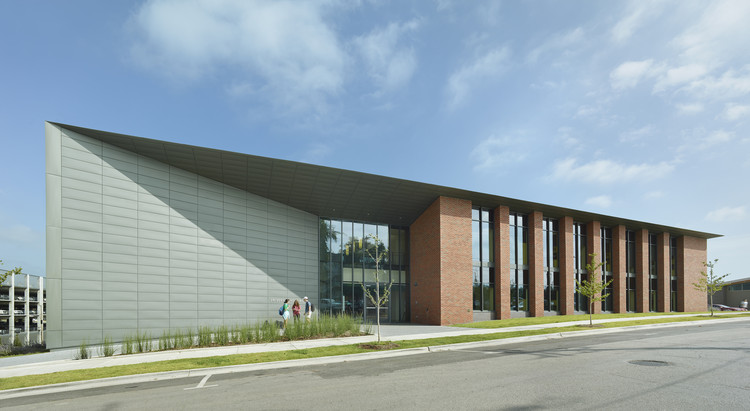 While the building serves an administrative function, a primary objective was for it to serve as a welcome center and front door to students and families visiting the campus. Located in the Rose Hill Neighborhood - central to residence halls and visitor parking - the site sits just outside of the Historic Core, allowing the building to adopt the more Modern sensibilities of its neighboring context.

Conceived as a background building, and ultimately unable to occupy the west corner of the block, the design responds in a restrained way by subtractive manipulation of the south and east facades. Public entry porches are physically carved from the building volume, creating a unique, yet intimate entry sequence for visitors.

The edge of this incision - realized in plan and section - is defined by a folded ribbon of zinc that runs uninterrupted from the south entry to the east facade.  A continuous ribbon of blue tinted glass repeats this concept at interior public spaces.  Though not authorized for certification, the building integrates numerous sustainable attributes and features. 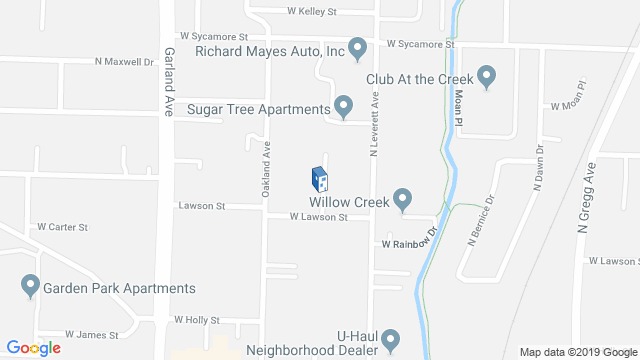