As the first World Capital of Architecture, Rio de Janeiro will hold a series of events under the theme “All the worlds. Just one world,” and promote the internationally agreed 2030 Agenda for Sustainable Development’s 11th Goal: “Make cities and human settlements inclusive, safe, resilient and sustainable.” UNESCO, the UIA and local institutions will organize activities to promote projects involving architects and urban planners as well as policy makers, social institutions and professionals from other sectors including artists and writers in an open and creative space of dialogue and innovation.

The UIA2020 Rio World Congress of Architects is promoted by the International Union of Architects (UIA) - an entity based in Paris - and organized by the Institute of Architects of Brazil (IAB). For the first time, the event will be held between July 19 and 26, 2020 in Rio with activities in various locations in the central region of the city, including the Gustavo Capanema Palace, which will host exhibitions, lectures and workshops. The expectation is that 25,000 architects and architecture scholars from around the world will visit the city during the UIA2020Rio. 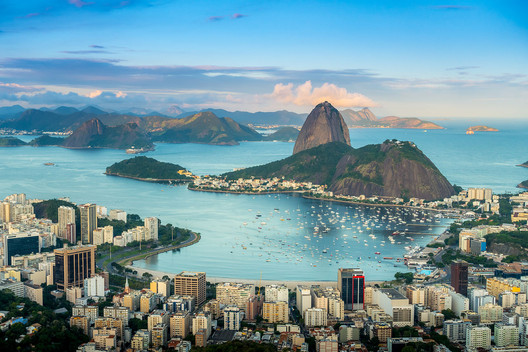