Microsoft has unveiled plans to commit $500 million to advance affordable housing solutions across the city of Seattle, Washington. The money, to be distributed as loans and grants, will kick-start new solutions to the city’s housing crisis, where income increases have lagged behind rising housing prices.

The investment breaks down as $225 million committed to subsidize middle-income housing construction in six targeted cities, $250 million to support low-income housing across the King County region, and $25 million to philanthropic grants to address homelessness in the greater Seattle region. The tech giant has targeted the region in close proximity to the site of its Redmond headquarters expansion, expected to accommodate 8,000 new employees.

The company’s $225 million investment in the preservation and construction of middle-income housing will focus on six cities east of Seattle, namely Bellevue, Kirkland, Redmond, Issaquah, Renton, and Sammamish. Meanwhile, the $25 million in grants towards the Seattle region’s homelessness crisis will involve $5 million towards the Home Base program, offering legal aid to homeowners facing eviction. $5 million will also be dedicated to a new agency on homelessness formed by the city of Seattle and King County.

The Microsoft investment strategy offers short-term, immediate aid to the region’s ongoing housing crisis through loans and grants. However, the company points out that solving the problem will require much more capital, and a change in public policy to make affordable housing a more attractive and easy proposition to build.

If we’re going to make progress, we’ll all need to work together as a community. We recognize that Microsoft is in a unique position to put the size of its balance sheet behind this effort. But we believe that every individual and every business, large and small, have a responsibility to contribute. This includes new initiatives to share data on where jobs are being created and the home locations and commuting distances for employees. It also includes new work to develop detailed public policy changes that will be needed to provide more affordable housing.
-Microsoft statement

The announcement from Microsoft marks the latest in a series of architectural endeavors launched by major tech companies. In December, Google revealed plans for its North Bayshore campus in California, while Apple announced plans to build a $1 billion campus in Austin, Texas.

When we think of public housing architecture in the United States, we often think of boxes: big, brick buildings without much aesthetic character. But the implications of standardized, florescent-lit high-rises can be far more than aesthetic for the people who live there. 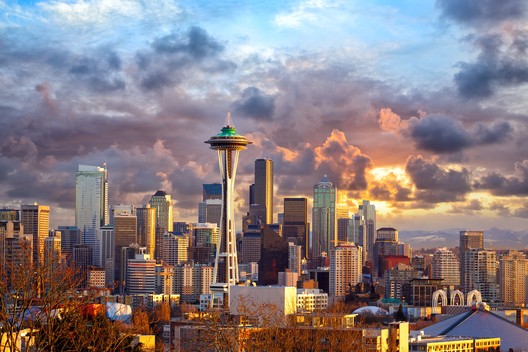