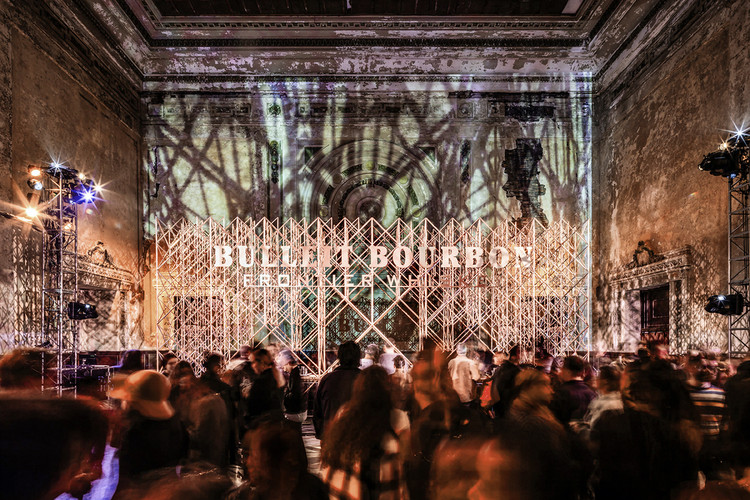 Text description provided by the architects. The Bulleit Frontier Works bar temporarily occupies a series of abandoned spaces, beginning with the historic Sixteenth Street Train Station in Oakland, and continuing with sites in Austin and New York City.

FAR frohn&rojas was asked to design the bar as an entirely 3D-printed structure. We re-imagined the fine lattice support which is inherent to much of 3D-printing and which is normally not visible to become the visible bar structure itself.

We developed an algorithmic script based on a voxel-principle (3D-pixels) allowing for varying densities in different areas of the structure, maximizing visual impact and catering to functional needs of the bar.

Three large-scale voxels offer openings to prepare and serve drinks. In order to accommodate bottles and glasses the voxel-scale is reduced to just a few centimeters along the bar surface. Throughout the bar structure, which is roughly 8 meters long and 4 meters tall the lattice gets denser at multiple points in order to accommodate bottles to be stored as well as displayed.

The 3d-printed lattice is coated in copper, evocative of the amber color of Bulleit whiskeys.
Lighting turns this lattice bar into a lantern animating the raw spaces the bar inhabits. Thus the visual impact of the bar grows far beyond the physical lattice structure itself. 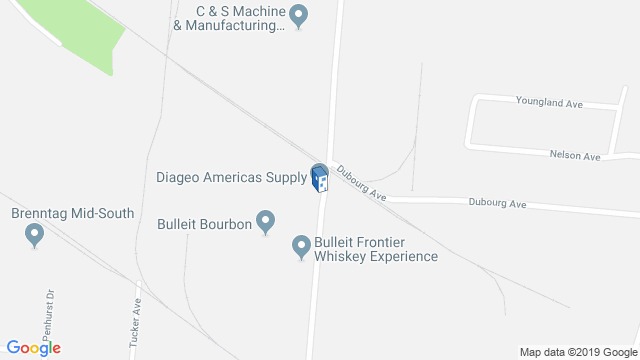 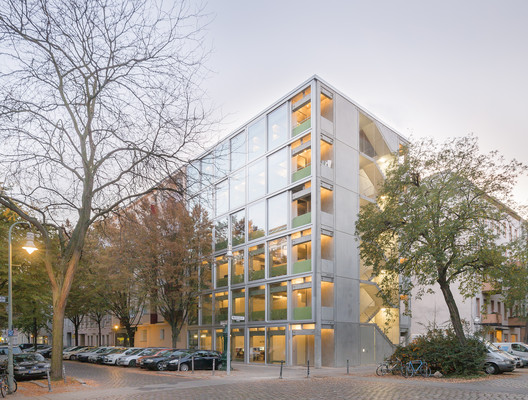 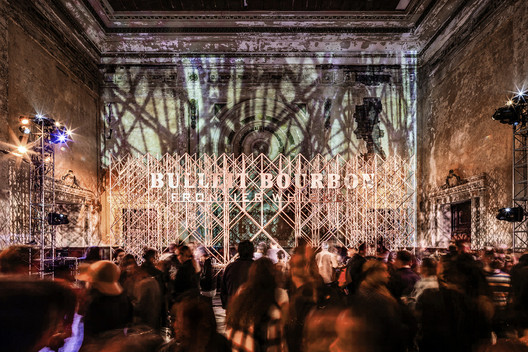