One of the immediate impressions that I formed of the Beijing-based architect and Tsinghua University Professor Li Xiaodong (b. 1963) is his reassuring self-confidence. Following our interview, Professor Li asked me a question of his own - would I like to teach at his school? “I never taught in my life,” I replied. He quickly countered, “I know. You can teach. Yes or no?” If I have learned anything about life, it is that when opportunities come you should grab them first and think later. "If he is so confident in me, why shouldn’t I trust him?” I reasoned. 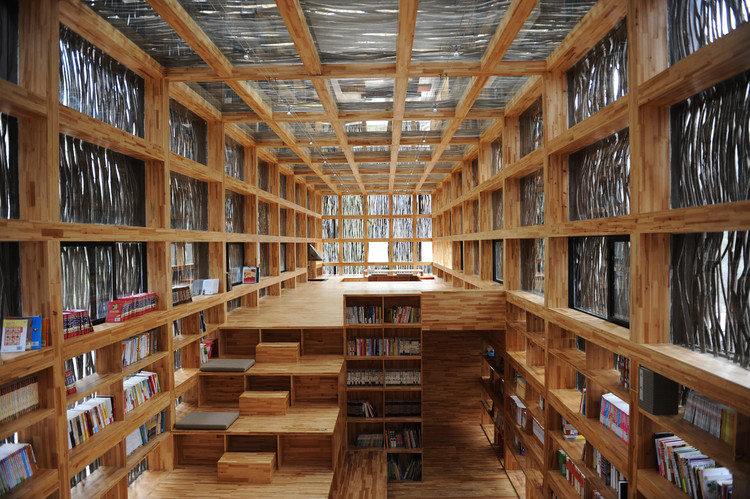 I accepted his offer on the spot, staying at Tsinghua through the fall semester of 2018. Getting to know him only further confirmed my initial impression: Li's maturity and confidence sets him apart from both other architects and other educators. He is a true guru to many young architects in China; an undisputed authority equally dedicated to teaching and practicing. His architecture is very special. It is comforting, yet striking; seductively beautiful, yet profound far beyond its first impression. It is not calculated, not over-refined; unmasked, layered, and well, self-confident. His stance is firmly rooted in Chinese history, culture, and philosophy, reinforced in turn by many years of self-search and studies in Europe, America, and Singapore. His CV boasts extensive credentials: he graduated from Tsinghua in 1984, obtained his PhD from TU Delft in 1993, and in 1997, he started Li Xiaodong Atelier, one of only a few independent practices in China that dared to put the founder’s full name on its door. Li was the recipient of the 2010 Aga Khan Award for Architecture and, in 2011, was named Man of the Year in China by GQ magazine. He is complex, incisive, and inquiring. I think he offered me to teach because we agree on one key thing, which is fundamental for teaching – architecture is a matter of debate.

Vladimir Belogolovsky: Our interview is taking place at the Architecture and Design Centre at Beijing’s Tsinghua University. You designed it just a few years ago and built in 2014, but could be easily mistaken for the product of the mid-20th century Modernism. You don’t seem to be concerned with the latest trends in the profession; there is a certain misalignment between your work and the work of many other Chinese architects. Would you agree? How do you see your architecture?

Li Xiaodong: I see myself as a reflective regionalist. I address specific conditions such as the budget, the program, and the climate. It is complicated, and nothing is preconceived. I don’t believe in architecture as the expression of an individual style. I don’t think it is sustainable. Architecture is not a painting or sculpture. A painting has a compositional logic. But architecture is functional. And architecture has neighbors, whereas a painting can be a world in itself.

I am interested in identifying solutions to address very particular conditions. Architectural solutions should be based on reality. They should be natural and adapted to real-life conditions. And when I say natural I don’t at all deny the importance of individuality. Beijing is different from Shanghai and very different from Yunnan, and we architects all have our very different ways of understanding architecture. You can be natural and individual. There is no contradiction in that.

"You can be natural and individual. There is no contradiction in that."

VB: You said that when you start working on a project you first analyze the site and the flow of energy through it. Could you touch on your design process; how do you begin?

LX: It is a secret. [Laughs.] Well, I have practiced tai chi for many years, which is about simultaneously looking inwards and outwards; it is a system of breathing and energy flow. It enables you to focus your mind so intensely that all your senses become more alert. So I understand energy better than those who don’t study it.

The first thing I do when I start a project is analyze the site and the flow of energy through it. Most people identify forms with shapes, color, and materials. But I identify forms with energy. It is very abstract, but it is very real. Also, I try to be very minimal in my designs. I only use what’s necessary. The key difference between Chinese and Western cultures is that in the West people use all kinds of devices to be efficient. But Chinese have to practice with the simplest tools we have to do very complicated things. Chopsticks is a good example – you can pick up anything with chopsticks if you practice well. You don’t need to use knife and fork. In my practice I try to reflect this attitude. Architecture is a creative solution that identifies a contemporary lifestyle.

30 years ago, we were all looking for discovering personal styles. But now I don’t think that kind of approach would be sustainable. We know how limited our resources are. Styles cost money.

VB: Ever since 2008 world financial crisis architects have been talking about the importance of the economy of means. But from what I am seeing being built around the world the buildings are becoming only more complex and more expensive despite what the architects say.

LX: My buildings are very cheap. For me, the economy of means is one of the main concerns. Sustainability is composed of many issues and cost is one of its main components. For example, I often use an orthogonal grid that helps me to bring greater efficiency to my projects – both in terms of circulation and achieving the simplest structural support. I always avoid deep cantilevers or special design forms and details. There is nothing special in my architecture in terms of forms.

VB: Why are you trying to downplay your architectural qualities? If you say, there is nothing special in your work why would clients want to hire you? What makes you special?

LX: I want to achieve very beautiful and memorable environments. But I am not trying to create intentionally iconic forms. I want to create architecture that is logical, sustainable, and that speaks of its time. In my architecture, I resist using clichés. I don’t like when architects approach every problem with a fixed solution. Architecture is a matter of debate. Solutions in architecture should be based on analysis, not on preconceived forms.

"Architecture is a matter of debate. Solutions in architecture should be based on analysis, not on preconceived forms."

VB: Let’s talk about your Liu Yayun Library that you designed with recycled twigs in Laojiehe village, in the northern outskirts of Beijing.

LX: This small building is identified by twigs but not in a decorative way. They have a function. They filter light into the interior. When I worked on this project I found twigs everywhere. It was the most important texture that touched me in this village. The villagers collect the twigs and use them for heating and cooking. Naturally, I wanted to preserve this feature as part of my architecture.

VB: When I look at your buildings the words that come to mind are: slow, still, intangible, reflective, permeable, framed, undefined, out of focus, open-ended, part of nature, and so on. What do you see? What single words would you choose to describe your architecture?

LX: I think every architect in China needs to think about how we can contribute to contemporary architecture. We share an incredible culture that we can turn to for inspirations to bring to our contemporary practice. Traditional Chinese architecture is not about form but about space. I wrote a book about this, it is called Chinese Conception of Space. It is about the intangible feelings of space. All of my ideas come from Chinese traditional architecture. I lived and worked for many years in the Netherlands and the United States, but I don’t think anyone can find in my work any particular influences by the Dutch or American architecture. My work is rooted in Chinese culture, although I always try to express my architecture with contemporary means. My architecture is contemporary.

VB: So, it is the focus on space that you take from traditional Chinese architecture to your contemporary work, right?

LX: Absolutely. You can see that the form did not change in traditional Chinese architecture for hundreds of years. Just like Lao-Tzu said, what is important is what is contained, not the container. Again, forms were never important here. It is more about identifying original conditions than inventing original forms. 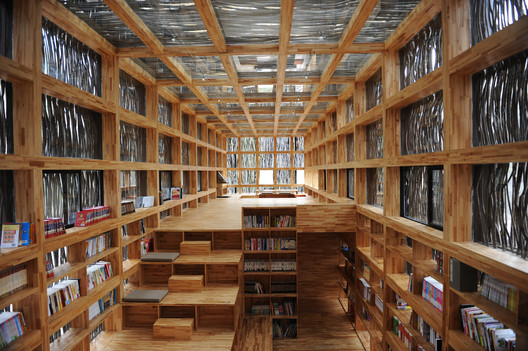