Save
The Environmental Cost of Cement, and What to Do About It
Share
Or
Copy

For thousands of years, concrete has been a foundation of the built environment: the most widely used man-made material on the planet. However, as architects, and the public alike, sharpen their focus on the causes and effects of climate change, the environmental damage caused by cement has become a subject of unease.

As exhibited in a recent in-depth article by Lucy Rodgers for BBC News, cement is the source of about 8% of global CO2 emissions. The piece was written off the back of the UN’s COP24 climate change conference in Poland and found that in order to meet the requirements of the 2015 Paris Climate Agreement, annual cement emissions must fall by 16% by 2030.

If the cement industry were a country, it would be the third largest emitter in the world – behind China and the US. It contributes more CO2 than aviation fuel (2.5%) and is not far behind the global agriculture business. (12%).
-Lucy Rodgers, BBC News

Although the origins of concrete and cement can be traced back to Syria and Jordan in 6000BC, and more articulately by the Ancient Romans in magnificent structures such as the Pantheon, the 19th and 20th century saw an explosion in cement use. Production of cement has increased thirtyfold since 1950, and a further fourfold since 1990, driven by postwar building in Europe, and building booms across China and Asia from the 1990s onwards.

As well as calls to move towards more sustainable primary building materials such as timber, the heightened awareness of the environmental damage caused by cement has led to the growth of new alternatives to the clinker process. Recently, researchers at Lancaster University in the UK unveiled a novel approach of using nanoplatelets extracted from carrots and root vegetables to enhance concrete mixes. Another trend of “bioreceptive concrete”, developed by Dr. Sandra Manso-Blanco, sees structural concrete layered with materials to encourage the growth of CO2-absorbing moss and lichen.

The approach of Taktl, meanwhile, is centered around the idea of "less is more." While this ultra-high-performance concrete is still concrete, it produces far less CO2 than traditional concrete by using less water and by being stronger, meaning you need less of it to achieve the same strength.

To further-curb runaway carbon emissions, a California-based company called Watershed Materials is developing alternatives to the traditional concrete block which uses less cement, dramatically reducing the amount of carbon dioxide produced; they even have a product in the works which they hope will offer a widely applicable concrete block alternative which uses no cement at all.

You can read Lucy Rodgers' full report for the BBC here.

NewsArchitecture NewsClimate changeCementConcrete BlocksSustainabilityHorenychi
Cite: Niall Patrick Walsh. "The Environmental Cost of Cement, and What to Do About It" 09 Jan 2019. ArchDaily. Accessed . <https://www.archdaily.com/909187/the-environmental-cost-of-cement-and-what-to-do-about-it> ISSN 0719-8884 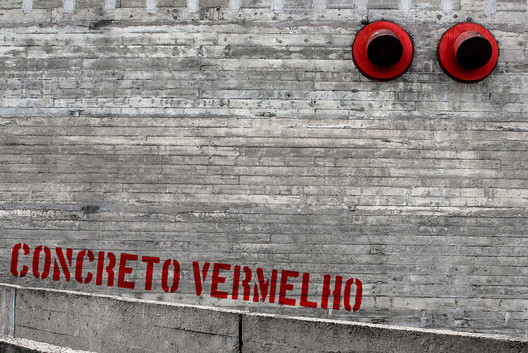