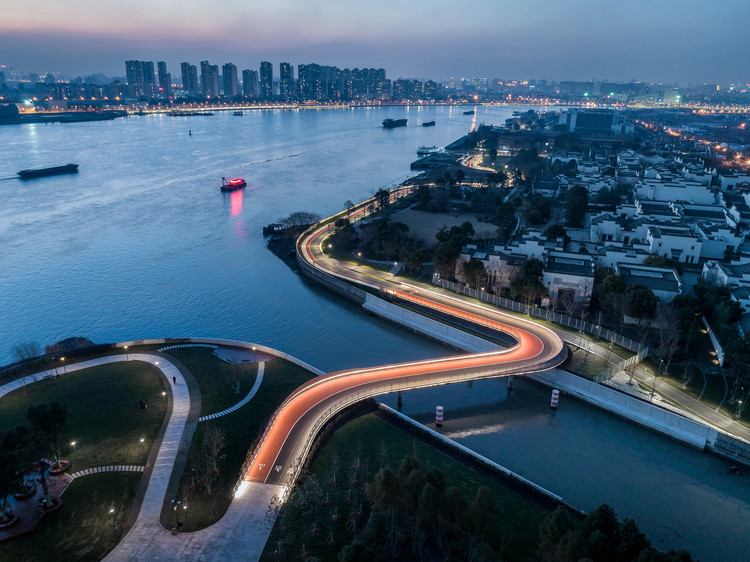 Text description provided by the architects. By the end of 2018, it will be a year since the opening of waterfront path along East bank of Huangpu River in Shanghai. Meanwhile, all public spaces and infrastructures have been officially put into use for nearly one year. On this occasion, the design of the southernmost two among the twelve bridges along East Bund, North Sanlin Bridge and Sanlintang Bridge is reviewed and used as a comparison of the current state of usage.

Footbridge is an important part that constitutes this open space system. Usually bridge is merely recognized as the means to pass through, however, footbridges in East Bund is different, which requires a comprehension of multiple factors such as landscape, traffic, architecture, green spaces, etc. Locating along Huangpu River, this unique position proposes more complex design requirement to design scheme. In this 22km waterfront space opened in Pudong, “public space”is the essential concept, which also inspires the starting point of design, that is, besides meeting the basic requirements such as walking and cycling, how does the concept of public space guide the form generation of these two bridges.

When designing these two footbridges, we spent efforts on exploring the possibilities other than these common linear bridge, thus to form a coherent design language to reinforce the impressions of the duo. Therefore, some geometric variations were experimented, with full consideration given to city and landscape environment at both ends of these two bridges.

Taking North Sanlin Bridge as an example, a straight line directly links north and south bank, with wings gradually spread at the ends of bridge till it forms a large step that merge with the bridge body, naturally connecting the plazas in front of the approach ramps. We also hope that the spaces extend from the bridge can provide alternatives of entry, a different spatial experience of waterfront and bring on more kinds of public activities.

Comparing to the ample green spaces on both sides of North Sanlin Bridge, the density of building around Sanlingtang Bridge is much higher, thus more problems to be answered. On the one hand, it is necessary to avoid the conflict between the entry spaces of bridge and existing  buildings; on the other hand, the spaces on both sides of Sanlintang Port is relatively cramped, leaving insufficient length for approach bridges. In design, we elongated the length of bridge and turned it into an “S”shape to resolve the disadvantages of site, then the bridge is slightly widened at the turns to reinforce the morphology. Similar language was adopted when designing the side panels, surface curved both in horizontal and vertical directions to echo the overall undulation.

East Bund stretches from Yangpu Bridge to Xupu Bridge, and environment around each section differentiates from one another. Natural waterfront is preserved in Sanlin area, with surrounding buildings dominated by new Chinese style, and large blocks of industrial buildings remained on the opposite riverside. We assigned a neutral light grey metallic color as the tone of the two bridges, so they can be better integrated into the scene. Square steel tubes were used as the finishing material to wrap the bridge body, sprayed by metal fluorocarbon on surface. Underneath the handrails are the continuous light strips that run through the bridge.

When we revisited the two bridges after a year, we found that they have been well used by nearby residents. Seeing people crossing through this once-closed space along Huangpu river with an unexpected and happy look on their face, you will truly appreciate the value of urban public space. 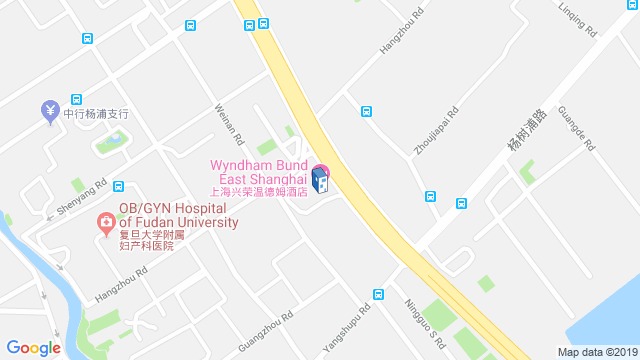 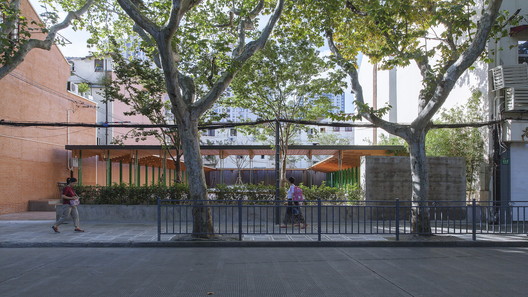 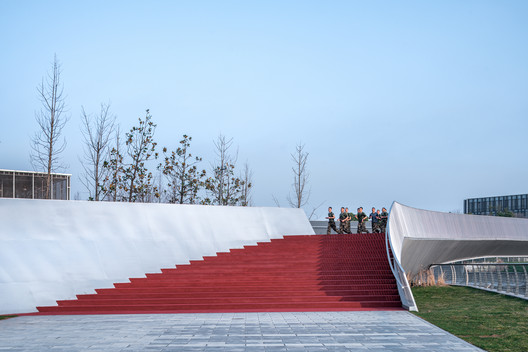 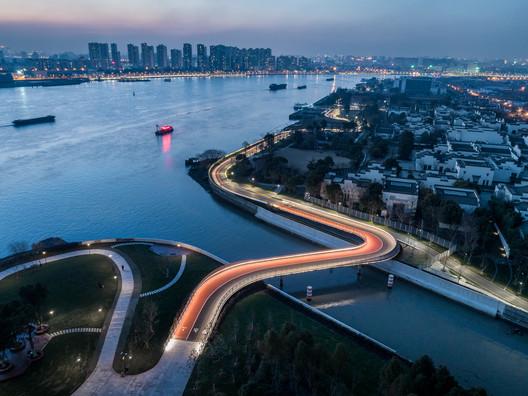