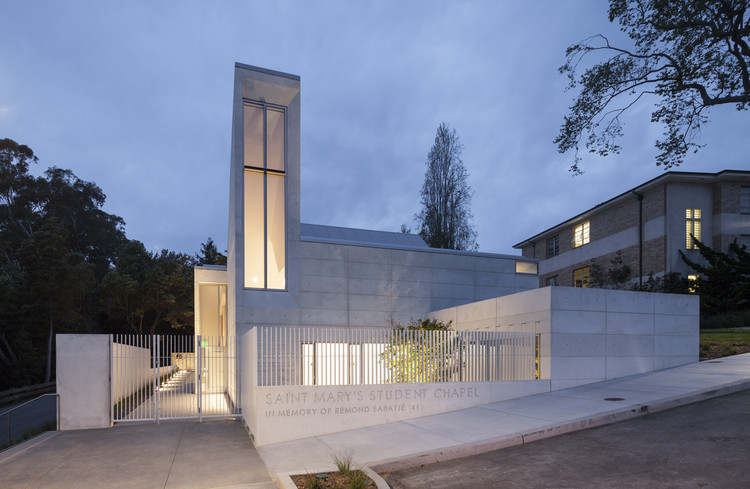 Text description provided by the architects. This intimate chapel for a religiously-oriented California high school operates as both liminal threshold and restorative retreat; perched on the corner, at the outer boundary of the physical campus, the rise of the sleekly articulated white concrete building is both icon and marker.

Designed to serve the students, many of whom are low-income and attending St. Mary’s on scholarship, the chapel, while belonging to a Catholic school, was considered as a spiritual space, one that invites the challenges and difficulties of young adulthood to be considered and processed in a sacred, silent, and light-filled space. An honesty of materials— white concrete; glazing; Alabama limestone; and light American white oak— sets the tone for a space devoted to quiet for a community (high schoolers and their teachers) that can be otherwise bustling, noisy, and overwhelming.

Mark Cavagnero Associates considered the chapel a “dream project” for the office, which often works on larger-scale institutional and commercial projects and whose project architects relished the opportunity to work at such an intimately emotional scale. The school’s mission of serving the underserved, and of working to provide a sense of safety, calm, and comfort to their students has been transformed here into a space that operates as a journey from civic life into interior restoration. The chapel is entered through the back, the approach following the gentle articulation of a seamlessly-poured white wall of concrete blocks. From this path, visual access to the chapel is hinted at through a wall of glazing and defined by a large wooden screen. A small courtyard hugs the entrance to the chapel; a small and contemplative raised bed rests near a bench that faces the shallow pool beside the entrance, the soft reflection of light marking the threshold. This open choreography offers a moment of pause before entering the explicitly liturgical space – a representation of the client’s hope that the restorative experiences felt within the chapel could begin to inform students’ everyday lives and educational focus.

For this relatively small-scaled project, the design team grappled with their desire to make the space feel still expansive, connected, and larger than its physical footprint. The strongly peaked roof form is both iconic and responsive, its shape a method for celebrating different modes of light. The play of light became a central element to the project, which is as interested in the golden tones of morning as it is the diffuse afternoon glow. The chapel is oriented to invite in the energizing pulse of morning light, with the calming, softer light of late afternoon washing through the space as the students, marking the end of the day’s studies with a moment of introspection, return home. 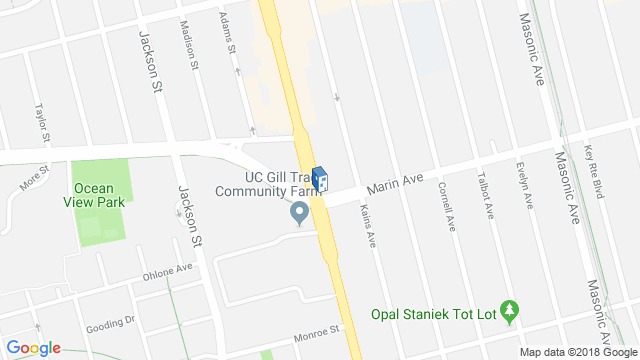 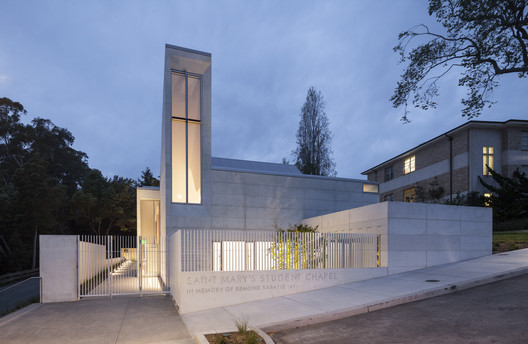