Text description provided by the architects. After the construction of the Museum of the Desert of Atacama, this second piece is inserted into the life of the Park, putting once again in value the Ruins, as the main protagonist of the place.

Consistent with the idea of not appearing as a building, an element emerges from the ground, which sets the stage of the Theater and converts the esplanade into a viewpoint to the Ruins and the sea, allowing the visitor to dominate and overwhelm before the fantastic and unique environment.

The project is a habitable roof, which towards the Ruins is presented with a comfortable scale in the form of bleachers, which allow the viewer to have a direct, complete front perception of the Monument, on the upper level a terrace allows 360º panoramic views, dominating the landscape completely.

The grandstands also allow a different place for the development of various uses and artistic expressions, keeping the visitor with the great and complete scenery, The ruins.

Seizing the topographic conditions already foreseen in the first stage, the containment, the land mass that separates Angamos street from the stage level, and the insertion of the new roof, the Theater is achieved as a place of contained character, focused directly on spectacle.

From the theater the project is presented as a piece of rough concrete,  rising 20 meters long from the ground and floats up to 5 m above the floor, creating the scenery underneath,  and containing inside its thickness all the necessary technical equipment for the development of the different presentations.

Respect for the environment and the Ruin’s attraction, are the motivating axes of the proposal, which translates into a clean construction with no formal rhetoric, executed entirely in concrete, proposes a language of soil and containment, always connecting with the natural land. 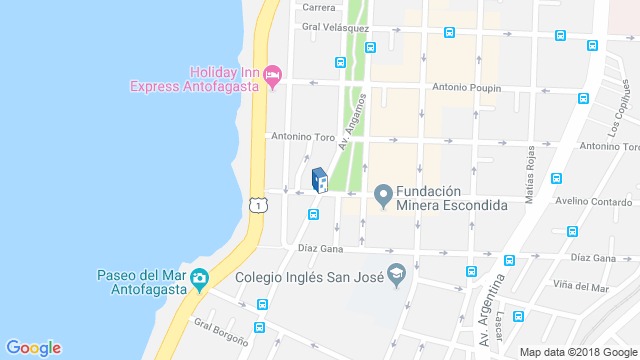 Location to be used only as a reference. It could indicate city/country but not exact address.
Share
Or
Copy
About this office
Ramón Coz + Benjamín Ortiz
Office
•••
Marco Polidura
Office
•••
Sebastián Alvarez
Office
••• 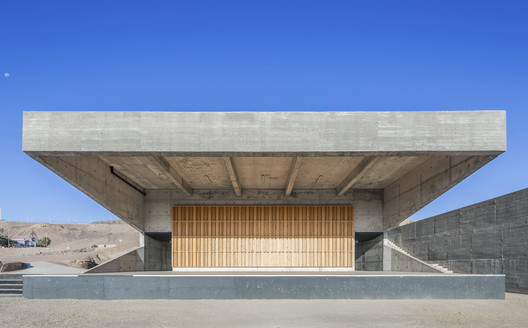