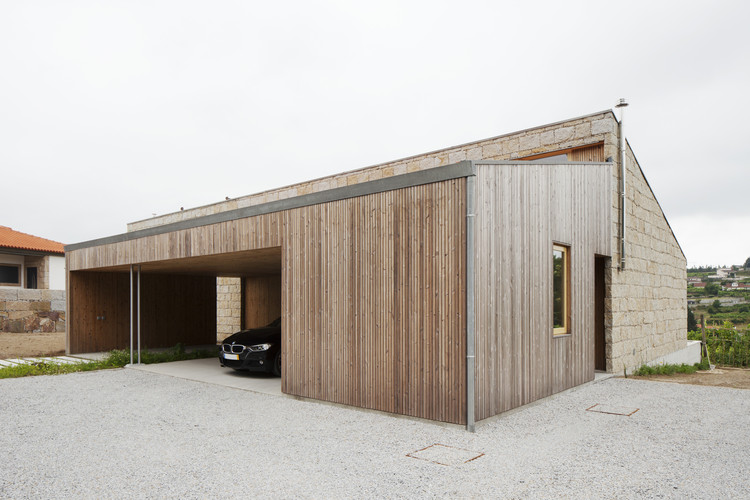 Text description provided by the architects. The building is located in rural land which has been used for agricultural purposes since ever. Considering the use and place where it’s located, the intention was to create an environment that integrated the human action and the relation with nature, taking advantage not only of the landscape resources as the sun exposure that, when combined, make the place so privileged.

Thus, in full respect for the place, local materials were used on the building coating, such as granite stone, wood and roof tiles, in the image of existing agricultural constructions, while attempting to reinterpret traditional techniques and customs as well as certain spaces and objects, adapting them to the current daily life and new experiences.

In terms of programmatic and functional distribution, there were three guide lines for the proposal. The first was the solar orientation, which conditioned the location of service areas on north to allow a better exposure of the habitable rooms by turning them to south. On south is also located the visual landscape that was intended to privilege, being this the second condition guiding the organization of the spaces and the location of the openings. The third organizing principle was the separation of intimate areas from social area.

The building is then divided into two volumes which are distinguished by the altimetry and roofs pitch, and also shelter different functions. The entrance, marked by the garden, is located in the middle of the main volume allowing, in a simple way, to distinguish and separate the intimate area from social area.This separation is emphasized by the creation of an exterior covered patio on south that allows to illuminate the atrium. The use of ceilings at various heights can also create compression/decompression sensations and hierarchize spaces, avoiding the creation of physical barriers and improving the articulation between functions, also promoting family life.

Aspects such as ecology, climate and sustainability were also significant in the building conception, both in the design of the spaces and openings as in the choice of the building system and materials.

The result is a simple, comfortable and eco-friendly house where the family enjoys to live. 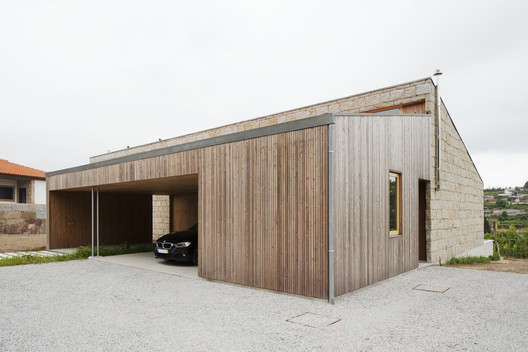