Text description provided by the architects. A number of buildings are distributed along the whole railroad network to furnish a space for staying, a “base camp” for tracks and infrastructure maintenance staff.

As the challenge is to develop a dismountable building whose location may change with time, it is considered indispensable to go to an autocratic or hermetic approach to minimize the dependencies of the building with respect to the environment. Moreover, as the building is to be located very close to the railroad tracks, the noise contamination and the state of abandonment of the available terrain because it is inside a railroad zone, the building has to be looking at the inside to minimize the incidence of the context in the design since this context is variable and hardly attractive.

On the other side, the type of work of maintenance staff which includes many hours of outdoors tasks, strengthen the idea of offering them a refuge, a closed place to give shelter to them without obviously giving up basis criteria of natural illumination and ventilation. Then the problem consists in not forgetting external factors such as temperature, orientation or environment but making the design independent from these factors; it consists in taking the adequate design decisions to offer diffuse radiation instead of direct sun exposure, interior landscape instead of outside views, formal abstraction instead of precise location.

With this approach in mind and by taking into account the budget limitations, it is decided to go to an industrialized element of a longitudinal shape to optimize its shape factor while adapting it to the morphology of the plot, which is rather narrow, almost parallel to the tracks. The directionality of the building is the only factor which is guaranteed whatever would be the location of the building. Wherever this building will be mounted there will be a railroad line and the building will be attached to it. This situation of the building also defined a hierarchical variable in the façades since there will always be a back noisy façade, close to the tracks, and a front access façade farther from the tracks.

To guarantee a correct illumination of the different spaces of the building it was decided to create a number of patios to reduce solar incidence on the windows. Natural illumination is then indirect and, consequently, the influence of orientation on the thermal behavior of the building is reduced. The patios are closed by four sliding gates with micro perforated plates to facilitate ventilation and natural illumination during the day while during the night the internal lighting of the building radiated towards the outside acting as a torch in the environment. They also allow the opening or closure of these spaces depending on the need for privacy or for permeability. 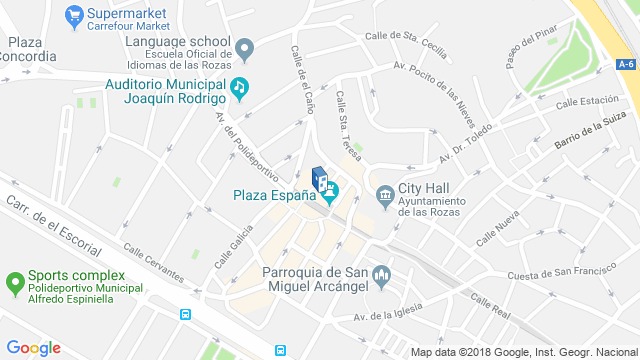