Text description provided by the architects. The Guyang River, situated in the eastern of He Jian City, is a part of the ancient waterway around the river in history. However, in modern times, the waterway has been abandoned, and the large waste from the surrounding factories and residential areas made the ancient waterway a drain. The Guyang River Park we designed and built is the important part of the renovation of the water system around the city: dredging waterways, rectifying water bodies and ecological restoration of water bodies and surrounding areas.

We expand the water surface and add walkways and structures around the waterway for people to pass and rest. The new Guyang River have become a place for residents to relax and integrate into nature in addition to flood discharge function.

Beam Pavilion is the two sets of water side pavilions that we designed in the Guyang River Park. Here, the pavilion is a way we intervene in nature, and offers a new perspective and experience of the scenery. It is in this process that we create the landscape.

Semper divides the construction skills into two basic types in his works: the tectonics of the frame and the stereophonic of the earthwork. The former can be explained as the frame formed by the joints between the woods, and the latter is the formation of the mass and  volume in the repeated masonry. The two sets of waterside pavilions are formed by the overlap of two techniques up and down through the beam.

Structural Expression
The building is composed of two layers.The lower block wall provides the boundary which produces the opening and closing of the space, and the upper frame supports the roof to protect the roof from the sun and the rain.

We intend to let the lower masonry play a dual role, not enclosing the space and shaping the site, but also carrying the weight of the upper truss through the bonding of the beams. In traditional Chinese architecture, the girder is the most important component of the building. The size of the girder determines the span of the house, and the weight of the truss is concentrated on this component. The span and height of the beam is the expression of the scale of the building.

We aim at making the beam a core expression of the force on the roof truss in the design. The exaggerated girder is 1 meter high and spans the entire width of 12 meters, but is less than 2.3 meters above the ground. It is almost within reach. The beam’s span seems farther due to the disparity between the height and the span. The beam is nearly 4 meters on the outside. On one hand, the large-scale exposed part enhances the visual expression of the beam , and on the other hand it blurs the internal and external relation of the building, and both sides of the wall provide shelter for people.

Structure
The design proposal is inspired by the transmission of the force of the bucket arch. The inverted pyramid structures on the top of the beam and the stigma, welded by square steel pipes and be transparent from all sides, transfer the weight of the roof downwards.The thick and heavy roof structure is supported by the small steel pipes, and gathers the weight along the direction of the steel pipes to a point of the beam. They disengage the roof from the support structure, forming clearer joints of the frames.

The low beam not only gives the body a sense of urgency, but also defines "inside" and "outside" before the roof. The girder slightly above the head is always through the building. Standing behind the beam, we can see the picture frame defined by the beam and the ground. Walking forward will complete the crossing under the beam. This is the most unique ceremony in the beam pavilion, a wonderful interaction between the building components and the body. 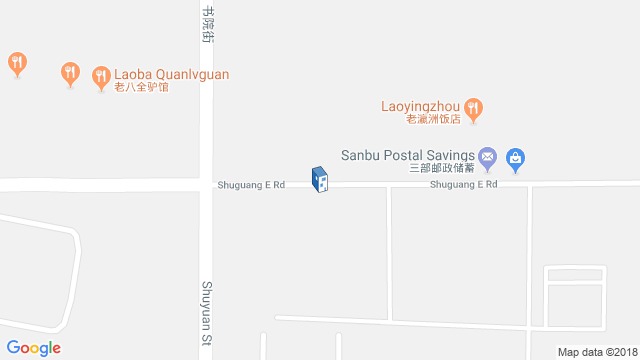